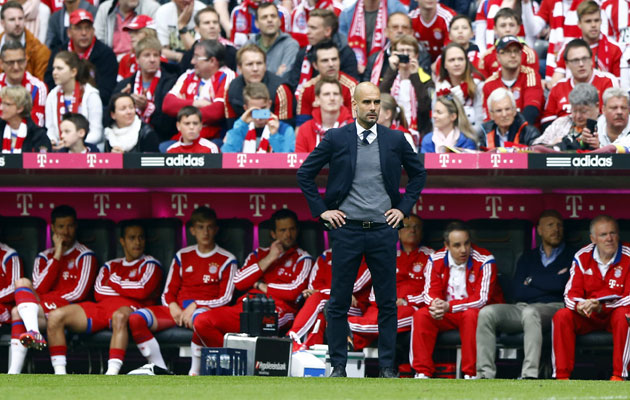 1. Guardiola at last comes clean
While at least three-quarters of Pep Guardiola’s decision to quit Bayern Munich at the end of the season would have flowed from his thirst for new horizons and conviction that three years at a top club is the maximum shelf-life for any coach, internal conflict undoubtedly played its part too.

Despite being described this week by former Bayern boss, Felix Magath, as the most powerful coach in the club’s history, Guardiola still wasn’t satisfied, clashing frequently with the medical department and railing at his lack of influence with regard to the youth sector and player recruitment. Much to Guardiola’s annoyance, the last word about signings belongs, not to him, but director of sport, Matthias Sammer and word has seeped out that Chilean midfielder, Arturo Vidal, was brought in last summer against Pep’s wishes.

Irreconcilable differences. Ever widening fissures. Bayern believed they had bent over backwards to please him; Pep never thought they had done enough.

2.  Ancelotti: Hitzfeld and Heynckes revisited
Bayern Munich’s announcement that Carlo Ancelotti will take over the first-team reins next summer marks the re-emergence at the German king-pins of the elegant, gentlemanly leader.

Just like former Bayern bosses, Ottmar Hitzfeld and Jupp Heynckes, the 56-year-old Ancelotti is both a proven man-manager of superstars and an astute follower of the party line, always mindful of squad and boardroom sensibilities.

No chance of ‘Carletto’ stepping on anyone’s toes at Säbener Straße (club HQ) or fomenting revolution. Ancelotti might not have Pep Guardiola’s radical philosophical zeal, panache or quick-change chess moves, but is no tactical lightweight either and as he has proved throughout his coaching career, is one of the best in the business at keeping champion sides exactly where they are – competitive at the highest level. In short, the trusty trustee,

3. A level playing field in the relegation zone
With Bayern eight points clear of second-placed Dortmund at the winter break, the 2015-16 title race already looks a foregone conclusion.

So thank goodness for the much more indecisive snapshot at the other end of the table, where the bottom-eight are covered by a mere seven points, the sect of the sub-par featuring dead-last Hoffenheim, former Bundesliga champions, Bremen and Stuttgart and recent Europa League participants, Augsburg and Eintracht Frankfurt.

The common denominator of the strugglers? A tendency to dramatically fold at home. Find a cure for the backyard blues and survival should beckon.

4. Frontzeck steps down at Hannover 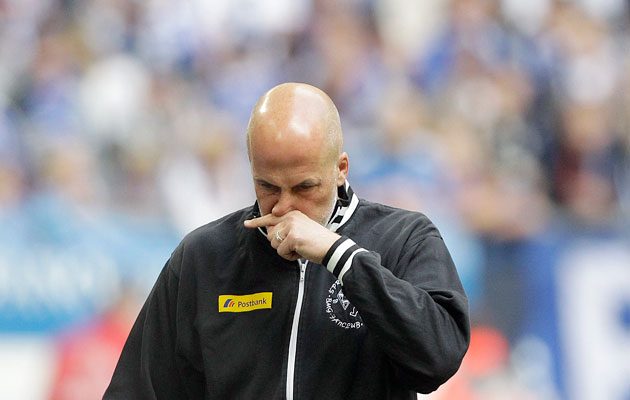 Michael Frontzeck has quit as coach of Hannover after a disappointing first half of the season.

His credibility eroded by his side’s disastrous first-half-of the season – eleven defeats out of 17 reducing the Reds to second-bottom in the Bundesliga standings – Hannover coach, Michael Frontzeck, surprised no one on Monday when opting to call it a day.

Given a permanent contract after coming in as an eleventh-hour firefighter last spring and hauling the Lower Saxons out of the relegation spots, the former West Germany full-back has found the job an altogether tougher assignment this term, desperately short of quality and depth in his squad and simply unable to plug all the leaks.

5. Bad boy Xhaka strikes again
Rumoured to be on Bayern Munich’s wish-list, Gladbach midfielder and skipper, Granit Xhaka, will have to mend his disciplinary ways if he really does want that big move.

His first-half sending-off in the 3-2 home win over Darmstadt  at the weekend was the Swiss international’s third expulsion of the season and at the tender age of 23, he is the youngest player in Bundesliga history to have been red-carded five times.

“I know he is going to be heavily criticised and that people will say that he is never going to learn to control himself, ” declared Gladbach general manager, Max Eberl. ” It’s all going to be raked over, but I won’t condemn him.”