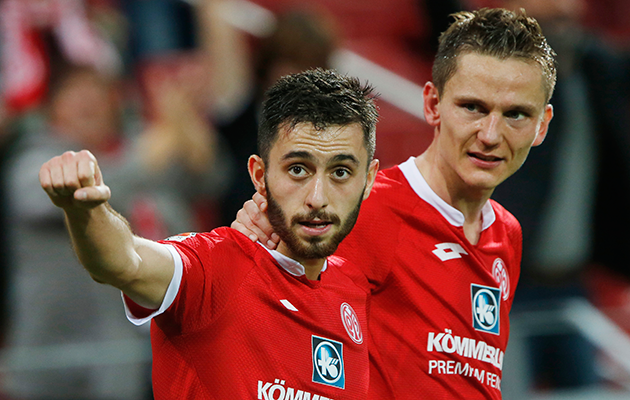 1. You’ve got Malli
Their pockets bulging with loot after selling disgruntled attacking midfielder, Julian Draxler to Paris Saint-Germain, the paymasters at Wolfsburg have moved promptly to fill the creativity gap, completing the signing of highly-rated Mainz playmaker Yunus Malli.

A snip at just 12.5 million euros, the German-born Turkish international has been linked of late with Dortmund and Tottenham and certainly should enhance the Wolves ranks with his velvety ball-skills, dead-ball expertise and eye for goal. Mainz undoubtedly have taken a risk in letting the 24-year-old go. Such match-winners are not found on every corner and the winter break loss of their best goalscorer and provider could destabilise their entire season.

The Mainzer plea of mitigation is that that they were boxed in by contractual realities. That they could not afford to wait until next summer, when a much-reduced nine million euro release clause would have kicked in.

In the end, Mainz thought it best to deal, but at least they are in the money, making a substantial profit on a player they signed for nothing from Gladbach back in 2011. Desperate to draw a line under their mediocre performances in the first-half of the season, Wolfsburg also have acquired French national team winger, Paul-Georges Ntep, a five million euro buy from Rennes.

2. Tilting at windmills DFB style
In most aspects of life, Germans have ” if it’s not broke don’t fix it” attitude and it’s not at all surprising that the country’s football federation, the DFB, has come out strongly against FIFA’s plans to extend the World Cup finals field from 32 to 42 or 48 participants.

“We are fundamentally convinced that the tired-and-tested current format should stay,” declared DFB president, Reinhard Grindel.

“Past World Cups have been tournaments that enthused players, spectators and sponsors alike. So why change it ? It is correct that us Europeans show solidarity with the development of the game in Asia and Africa. However the question is whether the reform of a successful system is the best instrument. For me, the great danger is the issue of over-burdening players in Europe. We could end up in conflict with clubs and leagues.”

Refreshingly blunt, Grindel believes the proposals are being unnecessarily rushed through. “Member associations only received a FIFA communique with the four alternative formats just before Christmas. At this time what we need is a broad debate involving associations and confederations. A decision must not be taken in haste.”

Once upon a time, Germany used to be a highly-influential voice at FIFA. Not any more.

3. Pep, Paul or the pleasures of home territory 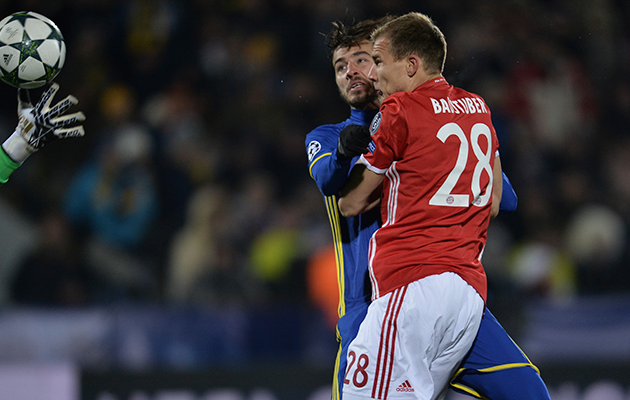 According to a number of prime German sources, 27-year-old Bayern Munich and Germany defender, Holger Badstuber is a pen-stroke away from a mid-term switch to England, with both Manchester City and Swansea thought to be extremely keen.

Should it happen, he’ll be reunited with familiar faces; at the Etihad Stadium under his old Bayern boss, Pep Guardiola and in South Wales with former Allianz-Arena assistant, Paul Clement. This season, the solid stopper or left-back has barely featured for Carlo Ancelotti’s side, on the field for only 127 minutes in all competitions and naturally has become frustrated.

Now fully-fit again after a string of lengthy injury absences, he is likely to only be available as a loanee. He has been at Bayern since he was 13 and still has the backing of many of the club’s grandees. Another option for him is a short-term spell at Schalke or Hamburg.

4. The Silk Road? Count me out
Freshly-appointed Borussia Mönchengladbach coach, Dieter Hecking, has admitted that he recently turned down a head-spinning offer to take
charge at a top Chinese outfit.

“If it was purely a decision made on pure financial grounds, I would have gone straight away,” the former Hannover and Wolfsburg trainer told the RND press agency. “But it wasn’t for me. No question.”

Hecking is old school. His outlook is as protectionist as a Donald Trump.

“China represents a major threat to the Bundesliga,” he added. “I don’t understand young players moving to China. In a sporting sense, it’s a backwards step. Players who move there above all do so for the money.”

Hecking’s new club have augmented their back-line options with the signing from Sevilla of Franco-Polish central defender or left-back, Timothee Kolodziejczak.

5. Brandt goes his own way
Rumoured to be a target of domestic Big Two, Bayern Munich and Dortmund, Bayer Leverkusen left-wing starlet, Julian Brandt, has hinted that he is more interested in negotiating a contract extension with the Rhinelanders.

A deal which which runs out in the summer of 2019 and also offers him a discounted 12.5 million euros escape route in 18 months’ time. Brandt, only 20 and already with four full Nationalmannschaft caps, famously turned down Bayern a couple of years ago – preferring at that point to swop the Wolfsburg youth side for Leverkusen – and in an interview with Bild am Sonntag, said he would not hesitate to repeat the refusenik act.

“I feel very settled at Bayer and know what I’ve got here,” declared Brandt. “For a young player, Leverkusen is outstanding. I wouldn’t be shy in saying no to Bayern for a second time. And that goes for other clubs too.”