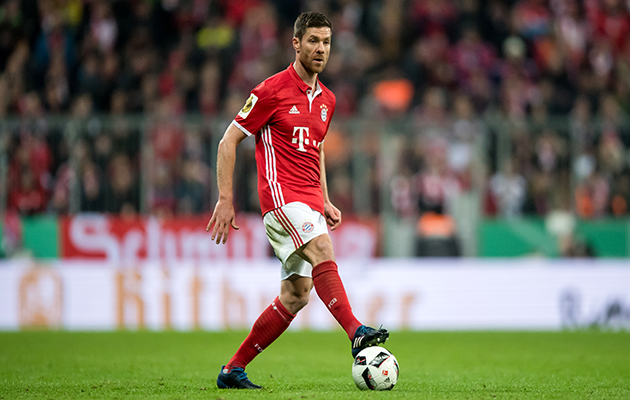 Now that veteran Bayern Munich midfielder, Xabi Alonso, has announced his decision to retire at the end of the season, the focus inevitably has turned to how the German champions intend to fill the resultant void.

The 35-year-old Spanish international might not have been the quickest or flamboyant of players, but in his three seasons at the Allianz-Arena, always could be relied on to command and control. Unique in his ability to attract the ball, link the play and think strategically.

Without fuss or flourish, Alonso’s shtick revolves around doing the simple things well, intelligently providing the backbeat for the orchestra of virtuosos. Modern: not especially. Effective: absolutely.

RB Leipzig’s young Guinean main man, Naby Keita, is rumoured to be on top of the list of would-be replacements for Alonso. Although much more nimble and dynamic than the evergreen Basque, Keita is perfectly happy playing as a ‘Sechser’ (number six) and with his bite in the tackle, excellent distribution and flair in one-on-one situations, could give Bayern a whole new dimension in the engine room. 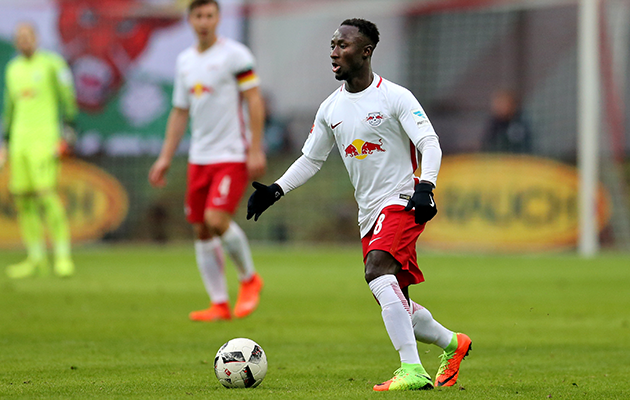 RM Leipzig’s Naby Keita is seen as a potential replacement for Xabi Alonso.

Not that the Bavarians will find it easy or cheap to prise him away from the Leipziger. He is under contract to the ‘Roten Bullen’ until 2020 and given RB’s deep pockets, the Saxons are better equipped than most to pull down the shop shutters.

Nor are Bayern the only interested party. Liverpool boss, Jürgen Klopp is an unconditional fan. So too are the recruiting sergeants at Real Madrid, Atletico, Barcelona, Paris Saint-Germain and Dortmund. Indeed, Sotheby’s could conduct the auction.

One thing is for sure – it will take a sizeable offer to persuade RB to listen. Thirty million euros minimum.

Some might argue that Bayern don’t have any need to spend big on an Alonso’s successor. That they already have the solutions at hand. Either Javi Martinez or boy wonder, Joshua Kimmich, would fit perfectly in such an anchor role, while another option could be Sebastian Rudy, the in-form Hoffenheimer who is due to arrive in Munich this summer on a Bosman free.

Alonso’s forthcoming adieu also might also prove beneficial to Portuguese power football teenager, Renato Sanches. The swashbuckling Euro 2016 star mainly has flattered to deceive in his first season in the Bundesliga, though ought not be written off just yet.

Up to now, his inability to communicate properly in German has stymied his integration and getting to grips with the ‘Deutsche’ tongue, could make all the difference. Patience has to be the watchword. After all, he only has been a professional for a little more than 18 months.

With both Alonso and skipper Philipp Lahm about to hang up their boots, Bayern certainly will have to rebuild carefully. Simultaneously losing two of their most experienced and smartest players can be a risky business.

What We Learned This Week
1. Mario loves Andries
The scorer of the only goal of the game as Wolfsburg eased their relegation worries with a shock win at RB Leipzig, Germany striker, Mario Gomez, clearly likes working with new Wolves coach, Andries Jonker.

Gomez has scored at least once in every Bundesliga fixture he has played under Jonker – two for Wolfsburg this spring and five when the latter was in temporary charge of Bayern Munich towards the end of the 2010-11 season – and according to the Dutch boss, it’s essentially a case of round pegs in round holes. Of discouraging your goalpoacher in chief from straying outside the penalty area.

” I just tell him to make sure he stays in the box,” smiled Jonker on Saturday.

2. Victory at the speed of sound
Velocity of shot turned out to be the key factor in Hertha Berlin’s 2-1 home win over Dortmund in the Big Match of the weekend, left-back Marvin Plattenhardt smashing home a 93 km/h free-kick winner which no sooner struck was nestling in the top left-hand corner of Roman Bürki’s net.

Thumping a dead ball with laser-like precision is very much a Plattenhardt speciality, with all seven of his Bundesliga goals stemming from free-kicks. Dortmund remain third in the table, while Hertha are now only three points further back in fifth.