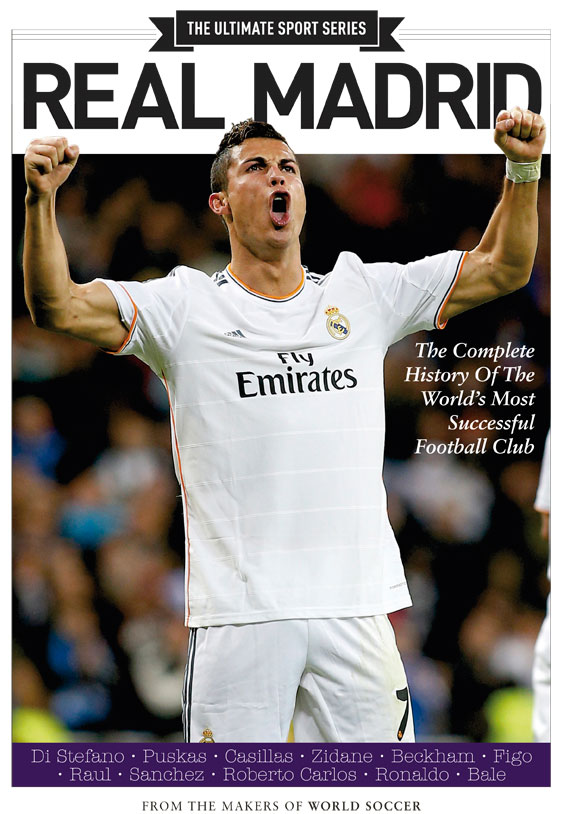 This one-off magazine is a full history of the world’s most successful football club. Including all the great players: Di Stefano, Pukas, Casillas, Zidane, Beckham, Figo, Raul, Sanchez, Roberto Carlos, Ronaldo, Bale and many more.

Aas well as trawling the World Soccer archives to bring you features from the club’s glorious history, we have also commissioned brand new material on the El Clasico rivalry from renowned Spanish football expert sid lowe and an in-depth look at the 1950s, teh decade in which Real became kings of Europe, from former World Soccer editor Keir Radnedge.

Our pictures are complied from the arcihes of Marca, the Spanish newspaper that has had close ties with Real Madrid ever since it was launched in 1940.

The result is a publication packed with incredible features and pictures, some of which has not been seen for decades.