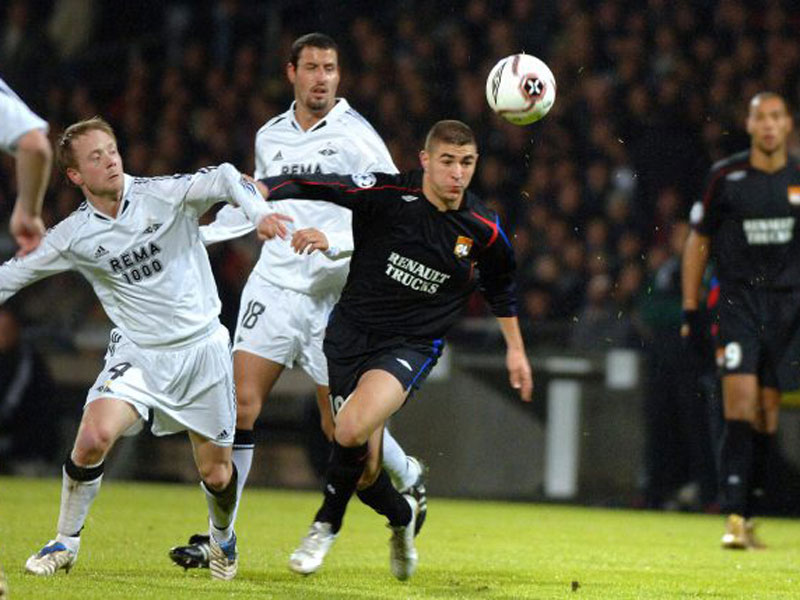 Welcome to our page dedicated to Karim Benzema. The Frenchman has often caused controversy and as a result is unlikely to feature at the World Cup in Russia later this year, but he still remains a pivotal part of Zinedine Zidane’s Real Madrid team. Nevertheless, take a look at our Talent Scout report on him from November 2007.

New Lyon coach Alain Perrin has made several mistakes as the French champions struggle to reproduce their form of previous seasons, but regularly putting homegrown striker Karim Benzema at the point of the attack is deﬁnitely not one of them.

The 19-year-old, scorer of 10 goals in the ﬁrst 10 league games, is reminiscent of a young and hungry Ronaldo – the same physical strength, explosive acceleration and glacial, almost insolent ﬁnishing. 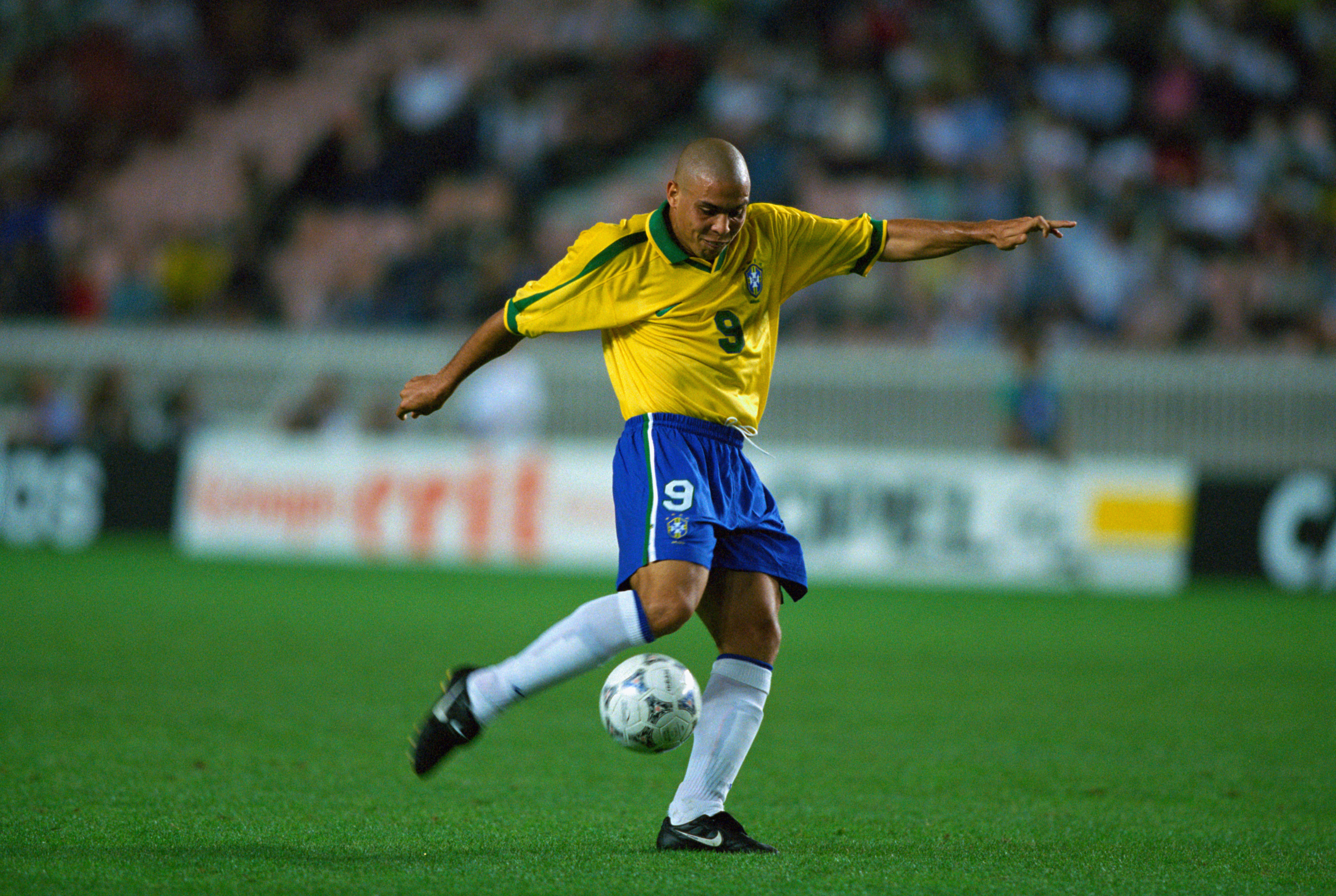 Alike: Benzema has been compared to Brazilian Ronaldo (Getty Images)

Whatever Benzema’s choice of weapon – the audacious lob, delicate chip, full-blooded drive or crafty toe-poke – he delivers the coup de grace with a remarkable swagger.

“Karim is playing on a cloud right now, “Perrin says. “Every goal effort seems to be on target.” Since Juventus frontman David Trezeguet and France coach Raymond Domenech seem to have fallen out irrevocably, the door is now wide open for the Lyon youngster to establish himself as the national team’s predator-in-chief, a role he looked born to when scoring on his debut against Austria last March.

Benzema, born in Lyon to Algerian parents, forced his way into the Lyon ﬁrst team early in 2005, but over the next two and a half seasons spent plenty of time on the bench and on the treatment table because of repeated thigh strains. And when he did play there was much frustration with then coach Gerard Houllier for using him predominantly as a winger.

“It’s true that playing out wide has helped me develop my all-round game,” he said towards the end of last season. 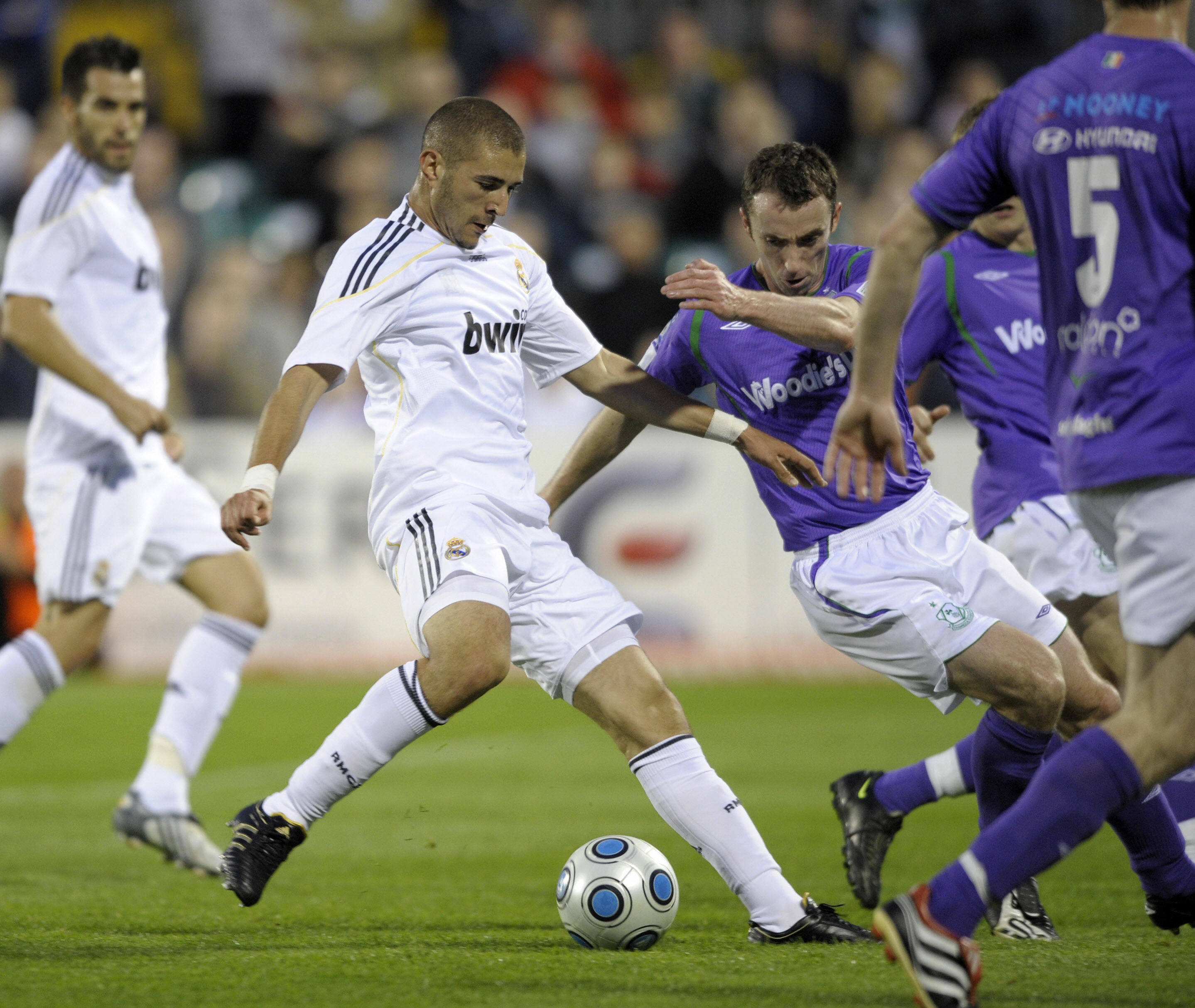 Formidable: Benzema moved to Real Madrid in 2009, and formed a partnership with Cristiano Ronaldo (Getty Images)

“I’ve learned to track back and ration my energy. But the role I’m best suited to is centre-forward. I’m always conﬁdent of scoring goals. In fact, I’m obsessed with them. It’s all I think about. I hope to stay at Lyon but want the coach to play me in my real position.”

As it turned out, Houllier departed within two months, and Perrin scrapped the team’s lone forward system in favour of a strike partnership. Benzema was suddenly in business, and to think that Lyon were on the verge of letting him go to Sochaux two years ago.