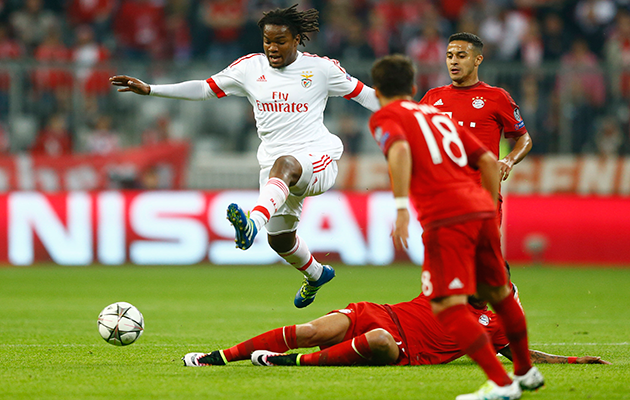 Bayern Munich have beaten Manchester United in the race to sign Benfica’s 18-year-old wonderkid, Renato Sanches, in a deal reported to be worth €35million.

The 18-year-old has enjoyed a meteoric rise at the Stadium of Light this term, and is expected to feature in the Portugal squad at Euro 2016 this summer.

Sanches scored against Bayern in the Champions League quarter-final back in April and now the Bundesliga champions have made him their first signing of the summer.

He has been tipped to move to Old Trafford, but Bayern have stolen a march on the Premier League outfit by signing Sanches on a five-year deal.

“We are fortunate to have, in spite of well known international competition, signed him for our club.

“Renato is a dynamic, combative and technically gifted midfielder, who will strengthen our team further.”

Bayern Munich will be coached by Carlo Ancelotti next season, and as well as Sanches, the Italian is also expected to have Mats Hummels at his disposal. Last weeek the Borussia Dortmund defender announced his intention to join Bayern next season, though the clubs have yet to agree a fee.