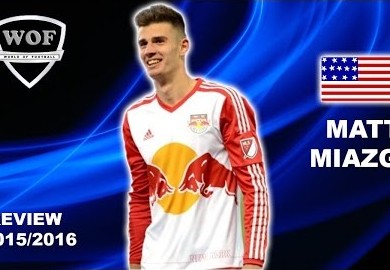 Chelsea are set to complete the signing of New York Red Bulls centre-back Matt Miazga for around £3.5m, according to Sky Sports.

The 20-year-old is a promising defender and is highly rated in the MLS, he has already made his international debut for the USA, but he rised to prominence playing for the U20’s in last summer’s World Cup.

In a further boost to Chelsea, Miazga would not need to acquire a work permit because he owns a Polish passport.

The reported fee would be in the region of £3.5m, and the signing would put defender Gary Cahill’s future under threat.

Cahill has not been stapled into Hiddink’s first team plans, and several news outlets are reporting that the England defender is looking to exit Stamford Bridge in order to cement his place at this years European Championships.