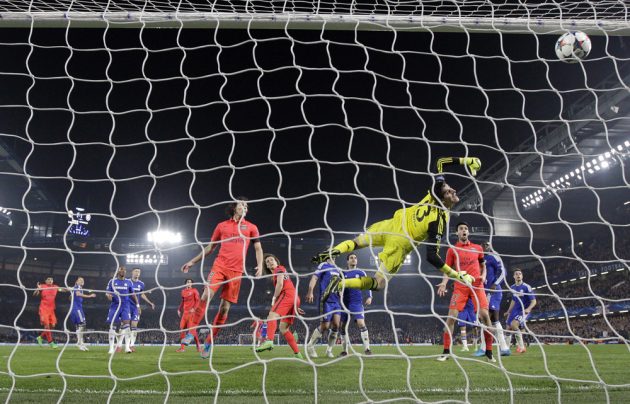 Chelsea goalkeeper Thibaut Courtois is almost certain to be at Stamford Bridge next season after conjecture regarding his future has circulated.

The Belgium keeper is an emblem of Chelsea’s indifferent season. Like the team, he too has endured a difficult season in comparison to his first when they won the title.

However with Antonio Conte at the helm, Courtois sees himself at Chelsea and not Real Madrid.

“Of course. There are rumours from the press always popping up.

“But I’m calm with it. My season has not been the very best like last year, when when we won the Premier League. But still, I’m very confident in myself that I will have a good Euros and another good season at Chelsea.”

Courtois rose to stardom over a series of consistent performances whilst on loan at Atletico Madrid, and he reflects his time there fondly.

“I had a wonderful time in Spain and I have a Spanish girlfriend, so one day I would like to go back,” he said. “But that can be well after my career.

“With injuries, my season has been different with Chelsea and we didn’t have the best season. For myself, there were a few goals when I could have done better, but I still made good saves.

“Some people forget quickly about your qualities, but I’m confident I will have a good Euros with Belgium.”