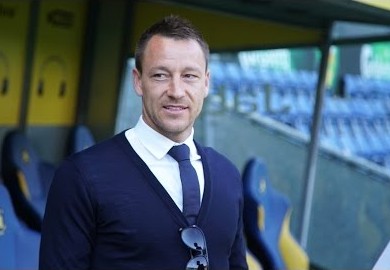 John Terry has reiterated his desire to stay at Chelsea.

Terry could have made have his last appearance for the club after he was set off for two yellow cards in the 3-2 defeat to Sunderland meaning that he could face a two game suspension.

However, the Chelsea captain has said that he would like to stay at his boyhood club for a couple of seasons more.

Speaking in an interview with Danish club Brondby’s YouTube channel, he revealed his intentions to stay at Chelsea. Incidentally, Terry is a friend of Brondby owner Jan Bech Andersen.

“I still want to play for a couple more years, hopefully at Chelsea,”

“I’m a Chelsea player and Chelsea’s been my club from the age of 14. I love Chelsea.”

The decision regarding his future lies with new manager, Antonio Conte.

However according to The Mirror, his future lies elsewhere, with moves to China and Qatar being touted.

The Mirror also revealed that former England captain has hired the pitch for a final farewell game at the club on Monday, which will come after their last game against Leicester.