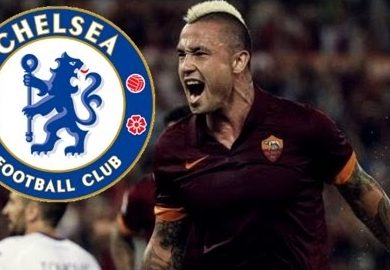 Roma midfielder Radja Nainggolan has claimed that Chelsea would like to secure his services for next season.

New Chelsea boss Antonio Conte, is a long term admirer of the Roma midfielder and has been tracking him for some time.

Nainggolan has confirmed that talks are ongoing between both clubs and even claimed that it is not the first time that Conte has tried to secure his signature.

Nainggolan said: “There has been contact between Roma and Chelsea. But I will not get involved so long as there is no agreement between the clubs.

“Chelsea are keen to strengthen their squad and Conte is a manager who wanted to sign me before. Chelsea are a big club.

“But the transfer is not a done deal and it would not be easy to leave Italy after 11 years.”

According to Sky Sports, the 28-year-old midfielder would command a fee of around £30m. Conte will also look to hold on to his prized jewels.

The good news for Conte is that Eden Hazard has said that he will be staying at Stamford Bridge next season.