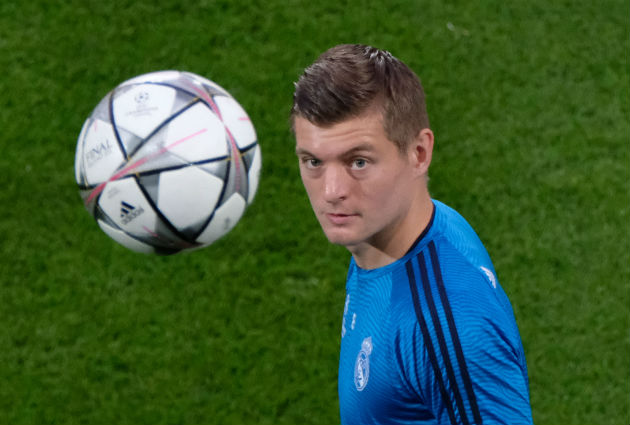 Toni Kroos would have no problem adapting to the rigours of the Premier League – according to his brother Felix.

Real Madrid midfielder Kroos’ future at the Bernabeu is unclear after various reports have linked the German World Cup winner with a move to the Premier League.

The midfielder has made 63 La Liga appearances and scored three goals. However he is best known for being a deep-lying midfield playmaker with his pinpoint accurate passes and also his long range shooting – as Arsenal and England fans will testify to.

Felix Kroos, who is on loan at Union Berlin from Werder Bremen feels his brother would have no problem adapting anywhere.

He said: “I don’t think England would be a problem for Toni. The only adjustment would be missing Christmas.

“If you are able to play a great ball, you’ll fit in anywhere. There is always a lot of talk around England and Spain. You should only believe it when it is certain.”

However according to Sky Sports, Real Madrid are keen on coming the German international.