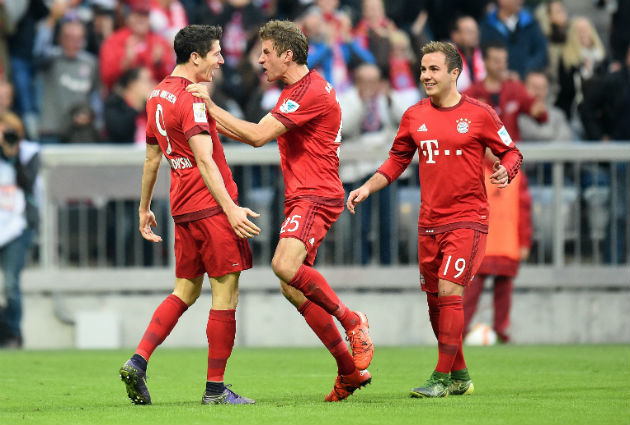 Mario Gotze should stay at Bayern Munich for as long as possible – that is according to teammate Robert Lewandowski.

Gotze’s future at Bavaria remains unclear as he has a year left on his existing deal and he has been heavily linked with a move to former boss, Jurgen Klopp at Liverpool.

Lewandowski, whose future remains uncertain too after a host of other Bayern stars penned new deals, has urged his teammate to stay for the club.

According to the Liverpool Echo, he said: “Mario proved during the international break that he is always capable of showing what he can do and that he is a great player.

“He should not be reading what people say about him in the papers. He does not need all the extra pressure.

“Mario knows how to deal with it, though. He is used to it. It is silly that there is so much talk about him.

“He is a Bayern player and he has plenty of games left until the end of the season to prove that he is good enough for Bayern.

“He has plenty of time to prove his critics wrong. He should stay at Bayern for a long time because he is a great player.”