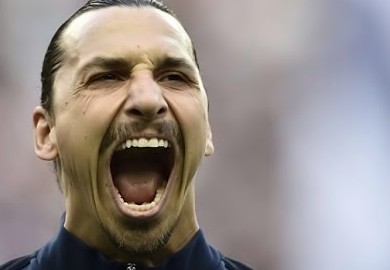 Paris Saint-Germain captain Thiago Silva has said that it would be a step down for Zlatan Ibrahimovic should he decide to move to the Premier League.

Ibrahimovic has been heavily linked with a move to the Premier League and China, and yesterday Sky Sports understood that the striker has a preference to move to Manchester Utd – however, with the caveat of Louis Van Gaal leaving Old Trafford.

Silva has already said publicly of his desire to see his long-time friend stay at PSG and urged the club’s hierarchy to do all that they can to secure the services of Swedish superstar.

Would moving to the Premier League be a step down?

Speaking ahead of PSG’s crunch Champions League clash with Manchester City, he again reiterated his desire to see the Swede stay at the club and claimed that Premier League clubs would not be on Ibrahimovic’s level.

“He is my good friend, but also at 34 he is playing the best football of his career.

“He is one of the best in the world, he is unique, there is not another player like him. Of course I want him to stay at PSG, I cannot imagine us without him.

“I know he has offers from England – and it is a big league – but I don’t think there is a team in England that is at the level of PSG at the moment. For me it would be a step down in quality for him.”