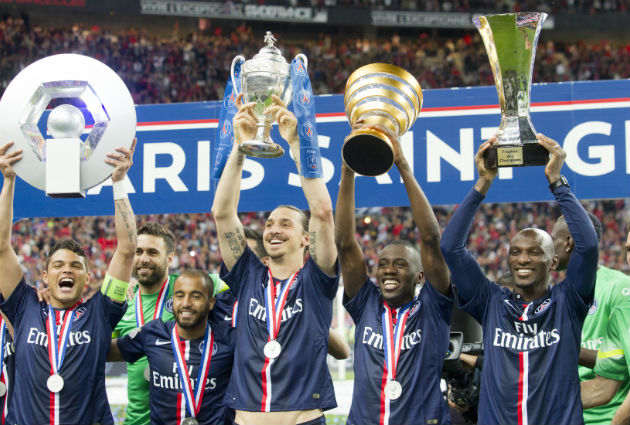 Paris Saint-Germain captain Thiago Silva has urged the club’s hierarchy to do all that they can to secure the services of Swedish superstar Zlatan Ibrahimovic.

Ibrahimovic’s contract runs out in the summer, and it is widely expected that he will leave the French capital at the end of the season, with a move to the Premier League being touted.

His agent has said that all the big Premier League club’s have all been in contact to sign the striker, but it is not yet known where he will embark on his chapter.

Mino Raiola said to Gazzetta dello Sport: “Outside of Manchester City, who will be managed by Pep Guardiola, all the big clubs have knocked on the door.”

Silva wants his team-mate to stay: “I’m not just saying this because I’m friends with him, but I can’t imagine PSG without Zlatan,” said Silva.

“Ibra is invaluable for our team, opponents struggle to get him under control. He’s simply too clever and his moves are very intelligent. Some argue that he’s getting old, I would rather say he’s experienced. If I were the club president I would extend his contract for one or even two years. He’s like no other, unique. Even at 34 he’s got a huge passion for football,” continued Silva.