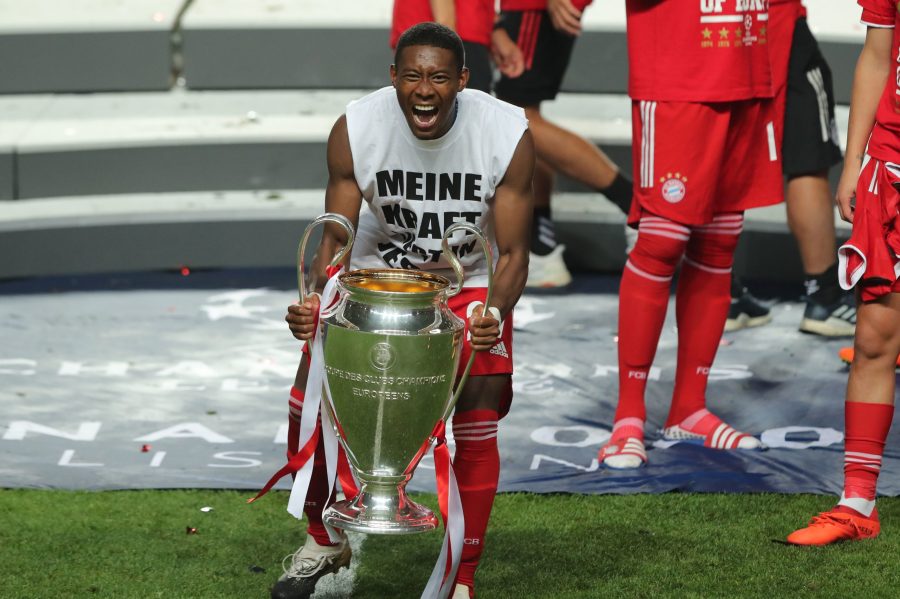 Bayern Munich may have to give up in their attempts to retain the services of David Alaba.

The versatile Austrian excelled at centre-back in last season’s treble-winning campaign, yet expected to be given more opportunities in midfield when agreeing to his last deal, according to German paper Sportbild. The 28-year-old’s salary is also an issue, as he feels he should be on similar terms to club stalwarts Robert Lewandowski and Manuel Neuer.

Time is running out for the German champions to agree a new deal, with Alaba’s contract set to expire next summer. Several European giants will be queuing up to sig him if he does leave, with Internazionale credited with significant interest in the last transfer window, and Liverpool also on the search for another centre-back.

Speaking of out-of-contract players at Champions League-winning clubs, AC Milan are having trouble holding on to Gianluigi Donnarumma and Hakan Calhanoglu. Gazzette dello Sport say that both Donnarumma and his brother Antonio have failed to agree a new deal, which could result in a summer transfer.

Meanwhile, Manchester United are ready to offer a five-year contract to free-kick specialist Calhanoglu. The Turkish midfielder has turned down Milan’s latest contract offer, yet is still hoping to agree terms with the Italian giants, in spite of United’s interest.

Another day, another Dutchman linked with Barcelona. This time it’s PSV youngster Donyell Malen, an exciting forward capable of playing anywhere across the front line. According to Mundo Deportivo, Barca have identified the 21-year-old as an alternative to Memphis Depay, if they fail to land the Lyon forward in January.