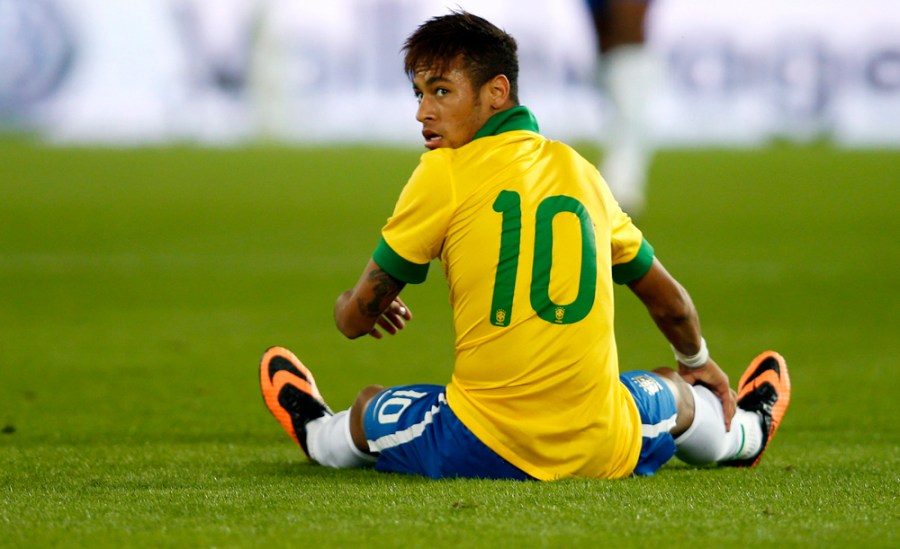 Brazil coach Luis Felipe Scolari has accused the Spanish press of trying to destabilise Barcelona’s Neymar ahead of this year’s World Cup finals,

Scolari suggested that the media coverage over Neymar’s alleged diving and controversy over his transfer from Santos were all aimed at undermining the forward ahead of the World Cup.

“Neymar’s case is really simple, only those who close their eyes can’t see it clearly for what it is,” said Scolari.

“Neymar is often criticised by the Spanish press because it has a vested interest that he is not at his best at the World Cup.

“We know that he is good, that he is a star. He was the decisive factor in Barcelona’s games against both Real Madrid and Espanyol.

“In the last match against Atletico Madrid [1-1 in last week’s last 16 first leg match], he was once again the difference.

“He unlocks a game. If he is considered the best player in the world it is because he deserves the accolade because he plays very well.”

Scolari is currently undertaking a tour of Europe to speak to some of his European-based contingent, and to reassure others that their places in his final squad are assured.

“My list is already 95 per cent done,” he confirmed.

“This trip is mostly for psychological reasons. We have met with players in Paris and London and we are now going to Munich.

“On Sunday we had lunch in London and transmitted a message of confidence to the players.

“We are trying to calm down those players who will be selected so that they can perform at their best for their clubs, because it is the club which pays them,” added Scolari.