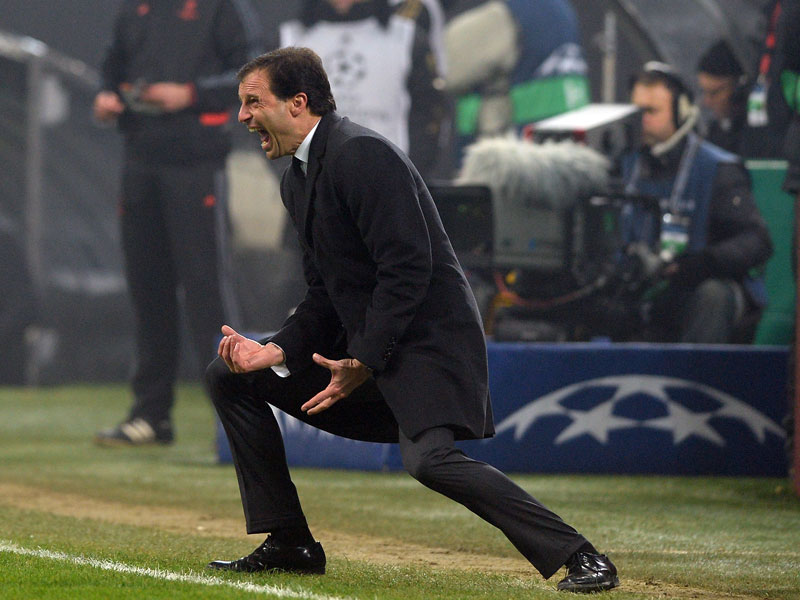 Those of us who write about football have often been told by exasperated players and coaches that, really, since we have never been professional players, we understand nothing about the game.

Personally, the observation has never offended me. Former players, when asked for a comment, will often tell you that, “unless you’re in the dressing room, you cannot know what is going on inside a team”. This is clearly true. You can guess, you can speculate, you might even have a Deep Throat source but you can never know for certain.

Likewise, we observers can only imagine the physical and mental strain of living out a supremely demanding profession under the relentless glare of media coverage.    The relatively brief, viciously intense life of the professional footballer is so atypical in the modern, developed world that it is only to be expected that sometimes the football professional can feel that we outsiders just do not understand.

Last weekend on Sky Italia, however, we had a new version of the old “what do you know about football” accusation. It came from Massimiliano Allegri no less, the man who has just picked up a fifth consecutive league title with Old Lady Juventus.

During an interview after last Saturday night’s 1-1 draw with Inter, Allegri had an unexpectedly hot and bothered moment when discussing the game with Sky pundit, Daniele Adani. Perhaps spurred by the avalance of criticism that followed Juve’s Champions League elimination by Ajax two weeks ago, Allegri launched into a diatribe of criticism of TV (and other) punditry:

“You are all great theorists…Adani you are the guy who goes and reads books but you know nothing about football, you’ve never been a coach…You shut up now, I am going to talk, a coach who has won 6 scudetti…”

To which Adani replied:

“Now hang on there, you can tell your brother to shut up, but not me”

At which point, the “debate” became incomprehensible as both men shouted over one another until the furious Allegri unclipped his microphone and stomped off into the San Siro night. Minutes later as he marched through the stadium’s mixed zone, Allegri was still visibly angry, not stopping to talk with reporters but merely barking at them:

“I am not talking anymore with anybody”

The point about this particular little incident, though, is that Adani is not, or was not, an outsider but rather a professional footballer. During a 20 year long career, defender Adani played for nine different clubs including Serie A teams Fiorentina and Inter, in the process winning five caps for Italy. You could argue that he might know something about football. True, though, he has never coached, whilst his career highlights were a 2001 Coppa Italia trophy with Fiorentina and a Serie B Championship title with Brescia in 1997.

Afterwards, Adani suggested that Allegri’s outburst was “arrogant and ill-mannered”. Which indeed it was but it was perhaps also an expression of the frustration and disappointment experienced not only by Allegri but also by the entire Juventus environment at the emphatic manner in which the Old Lady was booted out of the Champions League by Ajax. This, after all, has been a season when little or nothing has gone wrong for Juventus – until Ajax, that is…

That 1-1 Inter-Juve draw was just one of several intriguing results on a weekend marked by the titanic battle for Italy’s two remaining Champions League berths next season. With four games still to play, the contest for the third and fourth Champions League spot is the biggest issue to be decided between now and the end of the season on May 26th.

Right now, with Juventus and Napoli qualified, six clubs are still in contention for third and fourth place – namely Inter on 62 points, Atalanta 59, AS Roma 58, Torino and AC Milan on 56 and Lazio on 55.    Inter are almost there as third placed finishers but the battle for fourth will be hot and heavy.   Four of those clubs, too, picked up important wins last weekend with Roma beating Cagliari 3-0, Lazio beating Sampdoria 2-1, Torino beating AC Milan 2-0 and perhaps most significantly of all Atalanta beating Udinese 2-0 on Monday night.

Little Atalanta, the club from Bergamo just down the road from Milan, has long been known as one of Italy’s great nurseries.   In recent seasons, though, the club has not limited itself to merely selling its most promising talent.   Last week was a special one since it began with a 2-1 comeback win away to Napoli, followed by qualfying for the Italian Cup Final by beating Fiorentina in the semi-finals (final v Lazio on May 15) and concluded with Monday’s late win against Udinese to go fourth in Serie A.

While Atalanta ride the crest of a remarkable wave, the same can hardly be said of AC Milan, beaten 2-0 by Torino in a head-to-head defeat that has prompted many to suggest that, come the end of the season, coach Gennaro Gattuso could be on his way.

There is little doubt but that this has been a miserable springtime for the club. In seven Serie A games since the end of March, Milan have won one, drawn two and lost four. Worse still in that period, they not only lost the Milan derby 3-2 last March but last week they were also beaten 1-0 by Lazio in the other Coppa Italia semi-final.

Whilst Milan seem to have hit poor form at precisely the worst moment, their Champions League rivals look ominously sharp and hungry.  Torino’s win has put them right back into the fight in a week which now sees them face city rivals Juventus in a Turin derby on Friday night in a game that will go a long way to determining whether they play Champions League or Europa League football next season.

Incidentally, that eagerly anticipated Turin derby will be played on Friday because Saturday May 4th marks the 70th anniversary of the 1949 Superga air disaster in which the entire “Grande Torino” team was lost. The team’s plane, returning to Turin from Portugal, crashed into the Basilica of Superga just outside the city.   31 people lost their lives in a crash in which there were no survivors.

The tragedy became an occasion of national mourning whilst in modern times, the Torino club and players always attend a memorial service at the Superga Basilica on May 4th. Were Torino to defeat arch rivals Juventus right on the eve of the Superga ceremony, team morale in their unexpected battle for a Champions League place would obviously touch fever pitch.

The other key result last weekend saw AS Roma easily defeat Cagliari 3-0 to leapfrog past Milan into fifth place.  With games against Genoa, Sassuolo and Parma (not to mention the already crowned champions Juventus) on their fixture list, Roma are also clearly in the frontline of this contest. Were Roma to pull it off, overtake Atalanta and qualify again for the Champions League, then standby for speculation that former Juventus, Italy and Chelsea coach Antonio Conte will be taking over from current coach, Claudio Ranieri.

Asked about such speculation during his press conference after the 3-0 win against Cagliari, the ever affable Ranieri replied:

“As a Roma fan, I would welcome him with open arms.   I will go out to the airport myself to pick him up…”

Perhaps some of Ranieri’s famous colleagues (Allegri?) could learn a thing or two from him about diplomacy and humour when handling the media.