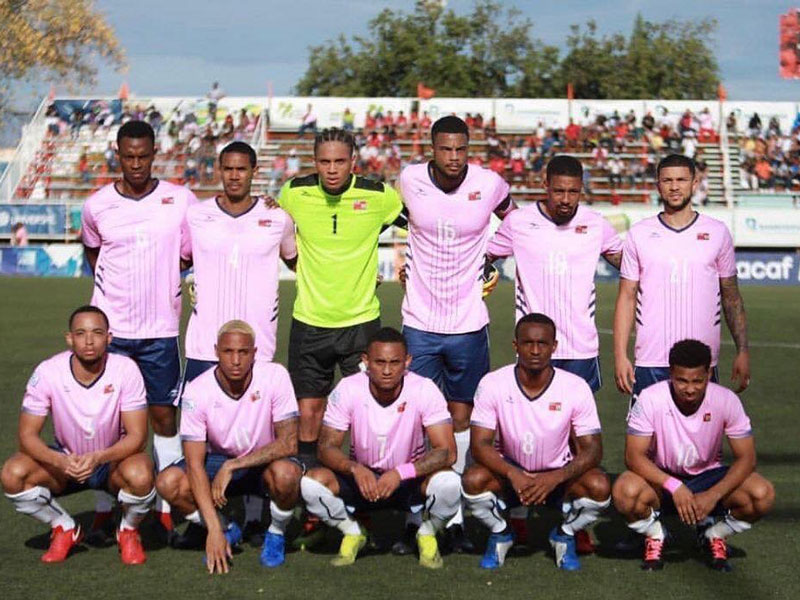 If you got a taxi from Bermuda International Airport last year there’s a chance that you were picked up by Kyle Lightbourne. But not this June – as the former Walsall and Stoke City striker will be steering the country into a first major international tournament.

Taxi licences are a rare commodity in Bermuda and can fetch as much as $200,000, but since last year Lightbourne has been the full-time coach of Bermuda and is about to realise a dream and take the island to the CONCACAF Gold Cup.

“This has been a work in progress for 15 years,” says Lightbourne, who scored 16 goals in 40 games for Bermuda.

While not the only Bermudan in the English Football League – Shaun Goater played for Manchester City – the pool of players from an island with a population of 65,000 was always too small to compete with the region’s big guns.

“We could beat the smaller cricket islands but never Haiti, Jamaica, Trinidad or Cuba because they had full-time leagues,” says Paul Scope, a Geordie businessman living in Bermuda, who teamed up more than a decade ago with Lightbourne and Goater to give players more experience abroad.

The trio formed Bermuda Hogges and joined the United Soccer League in 2007, but travelling to the US got expensive and they quit after three years.

After the Hogges folded, Scope began taking players to England, and youngsters such as Dante Leverock, who is now Bermuda’s captain and was previously at Hogges, gained valuable experience.

Since then, Scope has worked mainly behind the scenes but the trio have not been deterred. Lightbourne coached Scope’s Bermudan club Robin Hood, drove his taxi and worked part-time at the Bermudan FA until he helped engineer a breakthrough.

In 2017, and under Lightbourne, Bermuda qualified for the CONCACAF Under-20 finals. Their opponents – Costa Rica, El Salvador and Trinidad & Tobago – had all played at a senior World Cup finals. Bermuda did not win a game but were not disgraced.

Lightbourne subsequently got his revenge last November when the senior team beat El Salvador in CONCACAF’s new Nations League, which has been
a boon for smaller islands that struggled to play regularly.

With regular competitive fixtures and CONCACAF underwriting some of the costs, the competition helped smaller islands such as Bermuda and fellow qualifiers Curacao and Martinique to persuade foreign stars to return.

Talismanic striker Nahki Wells, another former Hogges player, had not featured for nearly three years but was persuaded to come back and he got the only goal in a win over El Salvador in terrible weather in Hamilton.

That result meant victory in the final game in the Dominican Republic would send Bermuda to the finals. Wells played again and was on target, along with Zeiko Lewis and Justin Donawa, in a famous 3-1 win to secure qualification.

“It’s been a long road and I still can’t believe it,” says Leverock, who is now playing for Sligo Rovers in the Republic of Ireland after a spell in Estonia.

“Most of us have played together since we were very young.

“We don’t have any expectations [in the Gold Cup] but we don’t fear anyone either. There’s no pressure. It’s a shop window for a lot of players.” Wells spent this season on loan at Queens Park Rangers from Burnley and a good showing at the Gold Cup this summer could attract a buyer.

Costa Rica, Haiti and Nicaragua are daunting opponents for a Bermuda team with half their starting XI coming from the domestic league. But the big difference now is that all those domestic players have at some stage played abroad, including goalkeeper Dale Eve, defender Jaylon Bather and striker Lejaun Simmons, who are now back at Robin Hood after time in England at non-league Ilkeston.

In the qualifiers, that experience told. “Previous Bermuda teams would have folded after we went a goal down in the Dominican Republic but we came back because they had more experience abroad,” says Scope.

Lightbourne estimates that he has a pool of 20 players in the UK and 15 in the USA, many on scholarships. This includes professionals like Cambridge United’s Reggie Lambe and Zeiko Lewis at Charleston Battery in the USL.

Bermuda’s playing pool has never been bigger. Lightbourne knows he will be leading out the minnows at the Gold Cup, but says: “It’s going to be difficult but we will have a game plan and we will not go there to be an easy team.”