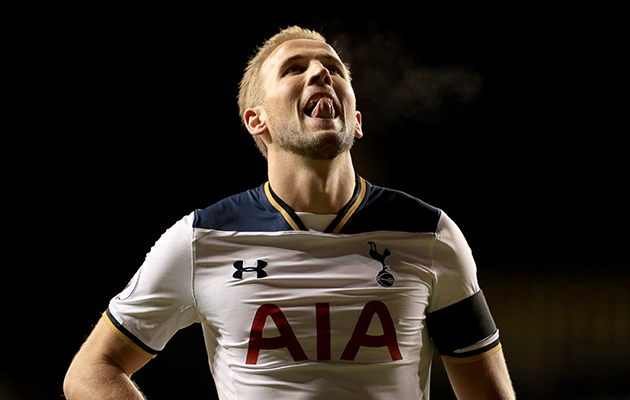 Last weekend, we picked out three winning bets with Chelsea to win at 5/2, Crystal Palace to pick up a shock win at 12/5 and Real Madrid to pick up a win or a draw in El Clasico with a best price of 21/20. Here is hoping we can find some more value this week!

One punter this week won £14k from an £8 accumulator on Saturday, then blew £6k of it backing Liverpool in play at 1/40 when 3-1 up as the Reds went on to lose 4-3 to Bournemouth. Beware the dangers. When you are up get out! Always gamble responsibly.

Let’s take a look at the latest betting odds for the action across the football world this weekend.

Probably the biggest game of the weekend in the Premier League this week is Manchester United against Tottenham at Old Trafford on Sunday.

Tottenham have a dreadful record in this fixture, they have lost 19 times away to United, more than any other away tie they have had in their Premier League history. Add to that fact that star striker Harry Kane has never scored against the Red Devils and many will be expecting a home win with a best price of 6/5.

However, with Jose Mourinho’s side facing a difficult trip to the Ukraine on the Thursday night before this fixture, we believe that the 3/4 on offer in the double chance market could well be the one to back. Manchester United haven’t won a home league match since September and Tottenham impressed in their final Champions League game on Wednesday night, when beating CSKA Moscow 3-1.

Leicester suffered a humiliating 5-0 loss to Porto on Wednesday night and they now face Man City on Saturday at the King Power Stadium. They made lots of changes for that game, so the likes of Jamie Vardy and Islam Slimani are nicely rested, but sadly for Foxes fans, history is against them here.

Man City have never lost an away Premier League match to Leicester, so odds of 39/50 on an away win may appeal – despite Claudio Ranieri NEVER losing to Man City in his managerial career! 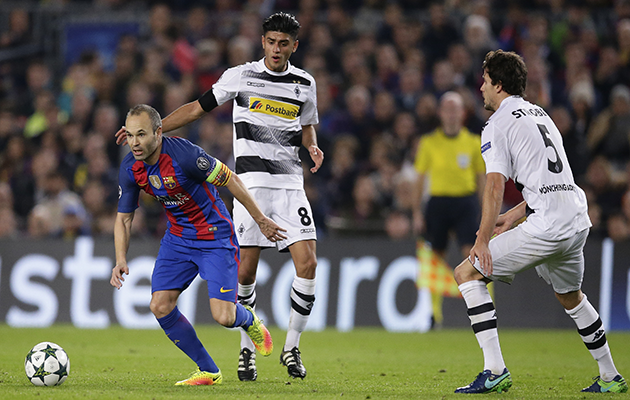 Making the team tick…Andres Iniesta is back from injury and Barcelona look a better team.

Barcelona have had a mixed week following their 1-1 draw with Real Madrid on the weekend cost them two more points in the title race, they then thumped Monchengladbach 4-0 and set a new passing record in the process,

Boss Luis Enrique has said they are “a long way from where they want to be right now.” However, this weekend they face a very poor Osasuna side and that means we should be looking at the handicap market here.

Los Rojillos lost 7-0 the last time they faced Barcelona and have only won once this season, even dropping to the foot of La Liga after a 3-1 defeat to a Sporting Gijon side which hadn’t won in ten matches last weekend.

Back Barcelona to win by more than two goals with a best price of 13/10 – especially now they have their lynchpin Andres Iniesta back to full fitness. He really does make this team tick. 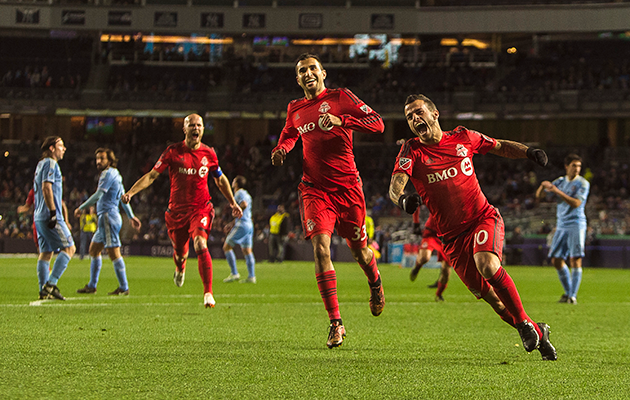 The MLS Cup Final is this weekend, with Toronto FC hosting the Seattle Sounders at the BMO Stadium in Toronto. The team with the highest points total get to host the final, and since that rule was made there have been three home sides win the cup!

Toronto FC have won four home matches in a row and have been installed as even money favourites to beat the Sounders, but they failed to beat them earlier in the year, so we prefer the 10/13 on offer for both teams to score.

Both teams have netted in seven of their last eight fixtures and the only previous match between these sides ended 1-1. Seattle have scored in 16 of their last 17 in all competitions and Toronto Fc have notched 17 goals in their last six matches!