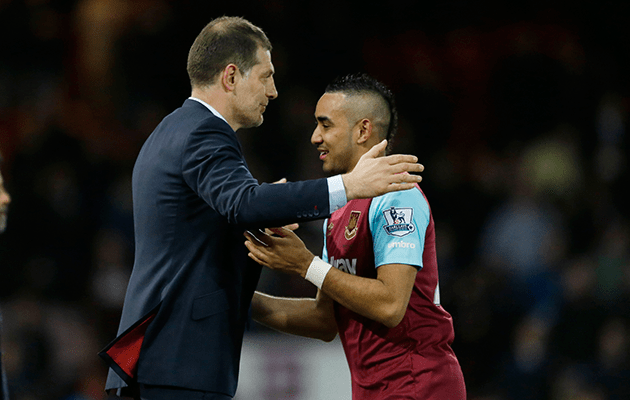 West Ham manager Slaven Bilic has spoken of his anger after Dimitri Payet revealed he wants to leave the Premier League club.

Bilic also said Payet is not training with the club and will not feature against Crystal Palace this weekend as he has head his head turned amid talk of a big money move.

Payet signed a new contract last February, only seven months into the five-year deal. The 29-year-old enjoyed an impressive first season in the Premier League following his £10.7m switch to the club from Marseille, and his reputation was enhanced after he starred for France at Euro 2016.

“We have said we don’t want to sell our best players but Payet does not want to play for us. He wants to leave,” Bilic said. “He’s definitely our best player and that’s why we gave him a long contract. We are not going to sell him. This team, the staff, we gave him everything, we were always there for him. I feel let down. I feel angry. I spoke to the chairman and this is not a money issue.

“We aren’t going to sell him, not whatsoever. It’s not a money issue or anything. We want to keep our best players.”

Payet has been linked with moves to China and some of the biggest clubs in Europe as well as a return to his former club Marseille.

Despite the current stand-off Bilic says he has no intention of selling the player and that Payet can return to the team.

“I expect him to come back and show commitment and determination to the team, like the team has shown to him,” Bilic added. “He’s probably been tapped up by some clubs or whatever. That is usual at this time of year. But until he changes his attitude he is out of the team and he’s not going to train with us. I have a team to manage. But we are not going to sell him, not whatsoever.”