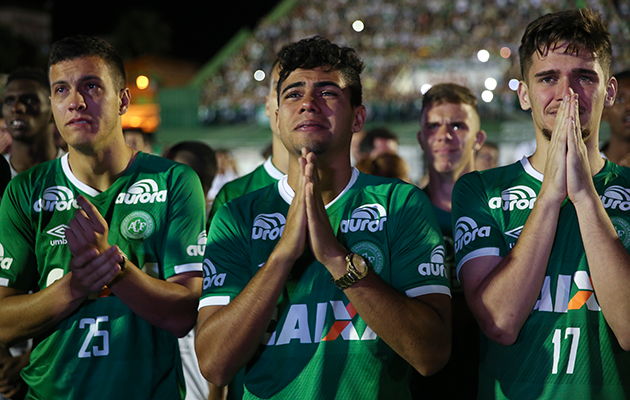 South American governing body CONMEBOL will face calls to introduce controls on standards and regulations of teams’ flight travel in the wake of the Chapecoense disaster in Colombia.

Concern about continental competition travel arrangements arose after 130,000 mourners turned out in Medellin to mourn the victims of the plane crash on Monday night which left 71 people dead including almost the entire squad of the Brazilian team.

The Chapecoense delegation, from Chapeco in Santa Catarina in southern Brazil, had been heading for Medellin to play Atletico Nacional in Wednesday’s first leg of the final of the Copa Sudamericana, the equivalent of Europe’s Europa League.

A leaked recording of the last calls from the cockpit of the doomed Flight 2933 of Bolivian-based LaMia airlines revealed that the plane had gone into electrical failure after running out of fuel minutes from the Jose Maria Cordova airport at Rionegro.

That matched the account from the co-pilot of a nearby Avianca plane who said he overheard the LaMia captain reporting it was out of fuel and had to land.

It emerged later that LaMia captain Quiroga was one of the two owners of the company and that the BAe146 was the only serviceable plane out of three owned by the airline which had a chequered history.

Federations and clubs across South America had their sense of shock deepened by the realisation that the same airline and plane had been used by national team squads from Argentina, Bolivia and Venezuela as well as top clubs such as Atletico Nacional (Colombia), The Strongest, Blooming, Oriente Petrolero and Real Potosi (Bolivia) and Olimpia (Paraguay). 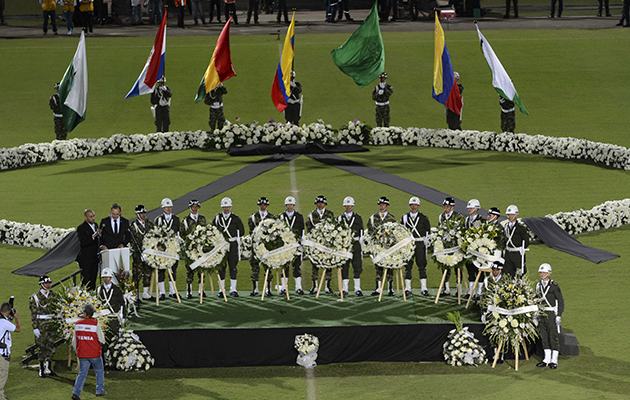 As investigators from Bolivia, Brazil, Colombia and the United Kingdom began work and studies of the black box flight recorders, so independent experts pondered the pilot’s decision to take a risk on fuel capacity when the flight leg from Santa Cruz in Bolivia was only just within the plane’s range.

He could have landed earlier to refuel in the Colombian capital of Bogota.

LaMia had been set up only in 2009 in Merida by Venezuelan businessman Ricardo Alberto Vidal Albacete, with the support of Chavez government officials, to serve the country’s regions.

However Albacete struggled to launch the project amid the escalating Venezuelian economic and fuel crisis. Hence he scaled back from the original plan of operating 12 planes to three and moved the company to Bolivia.

The nominated owners of the new company were businessman Marco Antonio Rocha and the pilot Miguel Quiroga.

Travel costs for the distances demanded by the South American club and national team competitions are extensive and the costs high, exacerbating pressure on federations and clubs to seek out the most competitive charter prices and airlines.

Brazil is currently in three days of mourning for the victims of the crash who also included 21 journalists while Atletico Nacional have proposed that the Copa Sudamericana should be awarded to Chapecoense – competing internationally for only the second season – in memory of the players and officials who died.

Accompanying the club on the flight, and among the victims, was Delfim Peixoto, a southern region vice-president of the Brazilian football confederation and long-time critic of the CBF’s scandal-enshrouded president Marco Polo del Nero.