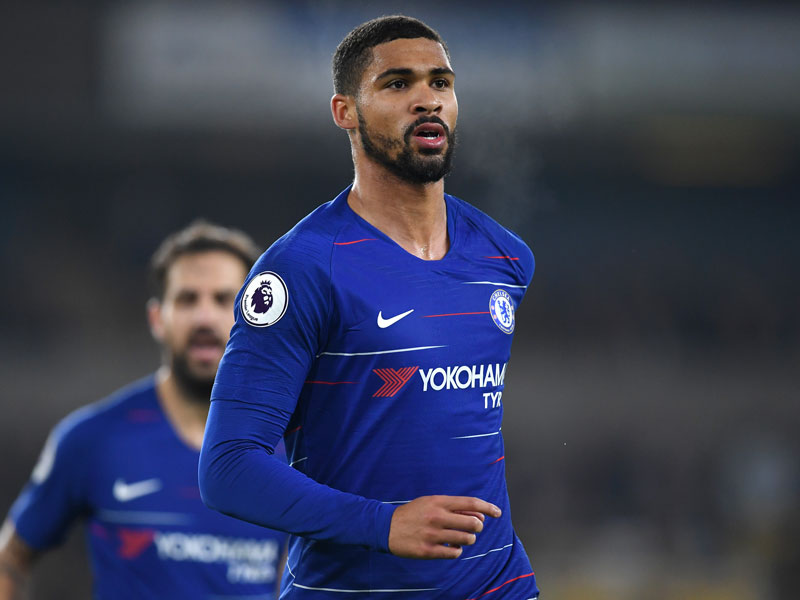 Sound advice given on television by Alan Shearer to Ruben Loftus-Cheek of Chelsea. If you cannot get a regular first-team place then leave at the end of the season.

Last weekend, Loftus-Cheek came on as a second-half substitute for Chelsea, was immediately influential and scored an impressive goal. But even with the usual central midfield incumbant Ross Barkley absent, Loftus-Cheek began the game on the bench. He started against Wolves yesterday and once again got on the scoresheet but this is not enough for a player who had played capably for England in the World Cup.

Last season, for much of which he was injured, Loftus-Cheek was on loan at Crystal Palace where once fit he showed excellent form.

But now he is back with Chelsea who had brought him up through youth football. Tall, strong, elegant on the ball, he is far too good a young player to be wasted on the sidelines.

Across London, Aaron Ramsey made an impressive substitute in the number 10 role for Arsenal, who largely dominated Spurs, both of whose goals in a 4-2 defeat were questionable. Yet the Welsh international has been told that his contract will not be renewed at the end of the season. Terms it seems could not be agreed.

Since the last days of Arsene Wenger a new batch of executives have come in from Germany. They have done well to acquire the exuberant little Uruguayan midfielder Lucas Torreira, but what possessed them to give a £350,000 a week contract to Mesut Ozil, who was left out of the squad for somewhat obscure reasons against Tottenham?

As for Spurs, it was hard to understand Mauricio Pochettino’s bizarre decision to omit the highly capable centre-back Alderweirald. Oddly Pochettino preferred the relatively inexperienced young Juan Foyth who gave away a goal and hardly deserved the praise he had from his manager.

My old friend Paul Elliott has on a basic conflict of interests resigned from Gordon Taylor’s controversial PFA. Years ago, I was involved in Paul’s court case against Dean Saunders, whose tackle at Anfield put him out of football.

Alas Paul expensively lost. And lost a fortune again when he invested in a Ponzi scheme implemented by another ex Charlton centre-back, Richard Rufus. Paul berated him bitterly, even using the N-word. Since then Rufus has been banned as a company director for 15 years, but alas that doesn’t get Paul his money back.

He was a polished centre-half with Charlton, Pisa, Celtic and Chelsea. I saw the match at Anfield when he was hurt and felt him unlucky to lose his court case in front of an unsympathetic judge, Drake. Drake even dimissed crucial evidence given by Chelsea’s chief Ken Bates, even though I witnessed it myself.