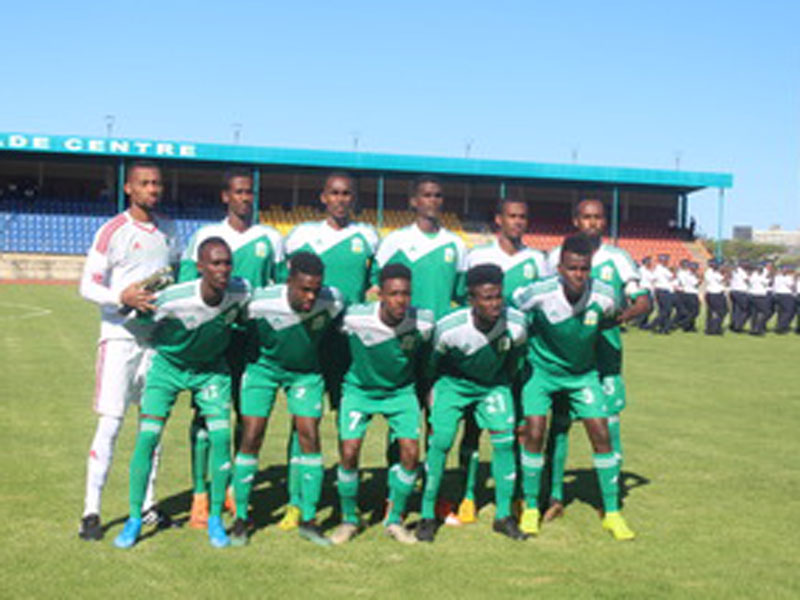 Djibouti National Side Brought Back From The Brink | Steve Menary

Restarting a national team that had been abolished is not easy and that makes winning through to the group stages of the 2022 World Cup qualifiers some achievement for Julien Mette.

One of the world’s most inactive and hapless national sides, Djibouti lost all six qualifiers for Afcon 2017. Despite beating newcomers South Sudan 2-0 in the next Afcon qualifiers, Djibouti were crushed 6-0 in the return. A 5-1 hammering in their next game at home to neighbours Ethiopia in a CHAN preliminary proved too much for the national federation’s president.

Souleiman Hassan Waberi dissolved the side. Djibouti did not play the return leg. The move cost Djibouti a $20,000 fine and was brave one by Waberi, who only months earlier had been voted onto the CAF executive.

After the Ethiopia humiliation, Djibouti did not play any senior internationals until this year, when Mette was contacted about taking on the daunting task of reviving Djibouti’s national team.

“I went for a visit in Djibouti,” says the 37-year-old Frenchman, whose contract at Congolese club AS Otoho had elapsed. “Those five days made my final decision because I could watch games, see the facilities and the motivation of the people in the federation, especially the president Waberi.

“I had to start from the bottom. From January to April I saw all the games of the first division championship and some second division games. I picked the players I found the most compatible for my philosophy. Those who have the qualities that I search for: agility, good vision, calm, intelligence, very good technically, generous.”

Only three players from the last game in 2017 retained their place in Mette’s first squad for a friendly with neighbouring Somalia in July. A 1-0 win augured well and though Djibouti lost a subsequent CHAN qualifier to Ethiopia 5-3 on aggregate Mette had instilled a sense of momentum.

Against Eswatini in the home leg of the World Cup qualifier, Djibouti won 2-1 through two penalties before battling out a 0-0 draw in an empty stadium in Manzini in the return to progress.

The win was revenge for Djibouti’s humiliating 8-1 thrashing by Eswatini in the preliminaries for the 2018 WC qualifiers back in 2015.

In this year’s rematch, half of Mette’s squad were under 23 and four players aged 18 to 21 started, but nearly all the side play in the Djibouti league, which is part-time at best.

Local players earn around $150 a month. Overseas players, mostly from Cameroon but also from Burundi, Ivory Coast, Kenya and Rwanda, start on $250 and some can earn up to $1,000.

AS Port won the title for a fourth time in 2018/19 but like many Djibouti sides before them did not take part in qualification for the CAF Champions League.

To expand the depth in his squad, which went on a 10-day training camp to Qatar after the Eswatini win, Mette is looking overseas.

He brought two players from France and one from Sweden to Qatar, but identifying the Djibouti diaspora is not easy. Thousands of people fled a civil war between 1991 and 1994 and many switched nationalities.

Djibouti have used overseas players before, such as midfielder Ismaël Ahmed Kader Hassan, who played in Slovakia for FC DAC 1904 Dunajská Streda and Calais in France. “I saw him in Paris during a detection I made,” says Mette. “He is now 32 and doesn’t play anymore. He’s thinking about what he could bring to Djiboutian football but outside the field.”

In Paris, Mette also organised a trial and issued an appeal for players on French radio. His scouting in Europe did unearth Warsama Hassan, who plays for Belgian side FC Seraing.

After Mette persuaded the former Belgian youth international to swap national allegiances, Hassan started in the first leg against Eswatini and came on as a substitute in the second game.

The second round of World Cup qualifiers comprises a daunting four-team group offering six fixtures across Africa. By January, when Mette will find out Djibouti’s opponents, the Frenchman hopes to have a more experienced squad as his revived team take their next step back into the world of international football.