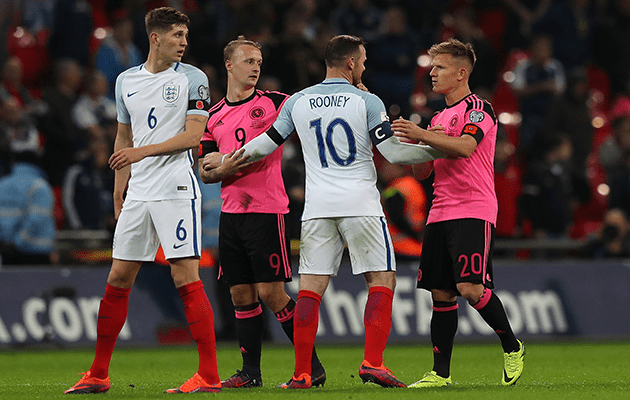 England duly accounted for a Scotland team incapable of taking its chances.

A victory however flawed which will surely serve to keep Gareth Southgate in office until the ensuing World Cup finals in Russia, where England seem all too likely to drop out early in the competition.

3-0 looks a comfortable enough victory but in fact it was nothing of the sort. Shocking mistakes were made in the England defence, compounded however by pitiful finishing by Scots with no confidence.

Look at some of the chances that Scotland missed. On just three minutes Darren Fletcher palpably miskicked a real opportunity, not even reaching the six-yard box before being collected by a largely unemployed Joe Hart. A mere minute later, John Stones, whatever his talents on the ball, a defensive liability, was caught in possession but James Forest could only shoot weakly at Hart. On 27 minutes Scotland’s centre-back Grant Hanley was unmarked but headed well over the bar. Three minutes later Wayne Rooney, no answer to England’s creative midfield problems, presented the ball to Leigh Griffiths who could have found Robert Snodgrass unmarked. He elected instead to shoot weakly, straight into the grateful arms of Hart.

Early in the second half, yet another chance went ineptly begging. Lee Wallace pulled back a dangerous cross from the left, a dummy by Griffiths left abundant space for Fletcher who clumsily shot wide. Not to mention Scotland’s most impressive attack of the match, a pattern of short passes, and a fine opportunity for Fletcher, wasted with an inaccurate shot.

Much was written about Stones, hailed as a ball playing centre back of refined technique, but on that display he is an occupational hazard to his team, too often either dwelling on the ball instead of simply, as on one embarrassing occasion, giving it away. After the game Southgate both praised and criticised him! Yet England’s supposed ambition to play it out from the back is an indulgence when you have a defender like Stones, not only prone to casual errors, but too often erratic.

Once there was a real opening for Snodgrass but he allowed Gary Cahill to block his shot. Cahill himself, poorly marked it is true, would head a spectacular goal, but though less prone to take chances than Stones, he is not a convincing defender at international level.

None of this is to take away credit from Daniel Sturridge, lone ranger upfield for his dramatically headed goal; but what else did he do? Adam Lallana headed a goal crisply too and was generally an influential figure, while England’s full-backs Danny Rose and Kyle Walker were flying overlappers. It worked well against the Scots, but could prove expensive against a better organised and more talented team. I had hoped Jack Wilshere would be brought on, one of the pitifully few England players who can decently pass a ball, but he and his talents were kept on the bench.

Southgate was well aware of Stones’ defensive vulnerability though he praised him too. Such self-indulgence, though, could prove fatal against stronger opposition. The England midfield was seriously short of invention too. 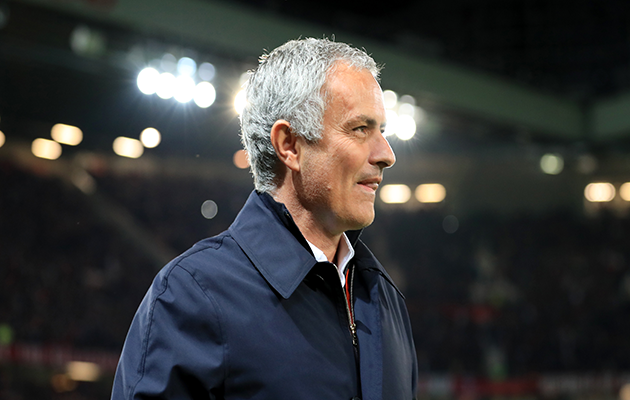 Jose Mourinho has been exposed yet again of being intransigent and making ill-considered comments. There was no need at all surely of publicly criticising two of his team, Chris Smalling and Luke Shaw in the old army phrase of “swinging the lead”. Refusing to play through pain when they were injured. As a medical expert quickly pointed out, pain denotes that something is physically wrong and should be taken seriously, often requiring treatment. In the event, it transpired that both men were suffering substantial injuries.

How special is the Special One? Or now intransigent? The memory of how outrageously he treated the Chelsea club doctor, Eva Carneiro, when she was following protocol in coming to treat an injured player at the referee’s behest linger in the mind.

Ah, Mourinho! One is reminded of the magisterial rebuke administered by Prime Minister Clement Atlee to the vociferous academic Professor Laski. “A period of silence on your part would be appreciated.”