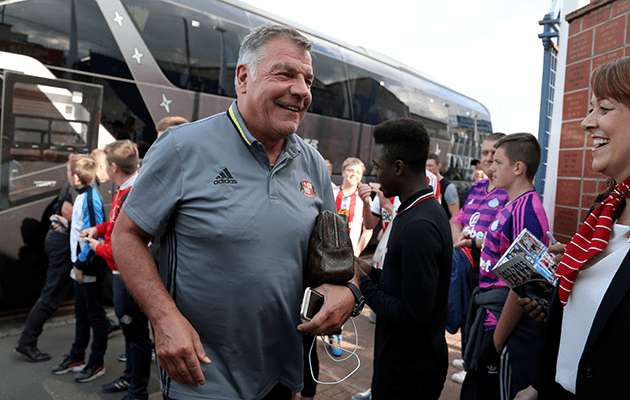 England are expected to confirm the appointment of Sam Allardyce as their new national team manager within the next couple of hours.

The 61-year-old Sunderland boss, who has also managed West Ham, Newcastle, Bolton and Notts County, spoke to the Football Association last week and has become the unanimous choice of the three-man selection panel.

Allardyce succeeds Roy Hodgson after he stepped down following England’s humiliating Euro 2016 elimination at the hands of Iceland.

The only remaining issue to be settled is compensation to Sunderland, with Allardyce, who guided the club to Premier League safety last season, having a year left on his contract at the Stadium of Light.

In a statement, Sunderland said it was “aware of the intense media speculation” but that Allardyce remained in charge “at the present time”.

It added: “We share in the anger and frustration of our supporters and would like to assure them that we are working to conclude the matter in the best interests of Sunderland AFC.”

Allardyce was in attendance as Sunderland beat Hartlepool 3-0 in a pre-season friendly on Wednesday but left before the end of the match.

The FA board are currently holding a meeting at Wembley, where the three-man selection panel – Martin Glenn, David Gill and Dan Ashworth – will state their case for Allardyce with the board expected to confirm that decision.

Allardyce, whose managerial career began with Blackpool in 1994, will become the 15th permanent England manager. He has taken charge in 467 Premier League games. Only Sir Alex Ferguson, Arsene Wenger and Harry Redknapp have managed more games in the top flight.

Allardyce was interviewed for the England job following Sven-Goran Eriksson’s departure after the 2006 World Cup but lost out to Steve McClaren.

His first competitive game in charge will be a World Cup qualifier in Slovakia on 4 September.

Sunderland are expected to turn to David Moyes as Allardyce’s successor.