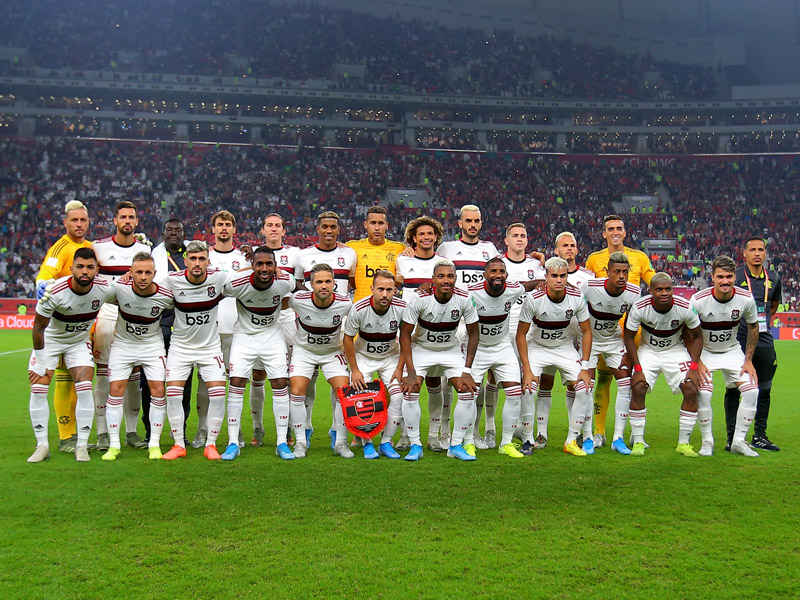 On Saturday a crowd of over 60,000 gathered at Rio de Janeiro’s Maracana stadium to watch Flamengo take on Madureira in the local State Championship – and only a couple of hundred of them were there to cheer on Madureira.

This is remarkable. Madureira are a traditional team, founded in 1914. The neighbourhood, only a couple of miles from the Maracana, is a hub of traditional working class Rio. It is the part of the city where samba flourished – and exactly the type of area that could be expected to house a major football club.  Much the same is true of Bangu, a little further out of the city centre. A club was founded there in 1904. It has a glorious past; the great Zizinho, idol of the young Pele, played there soon after being chosen as the outstanding player of the 1950 World Cup.  Twelve years later the club supplied centre back Zozimo to the World Cup winning team. Bangu, the first Brazilian club to field a black player, won the Rio title in 1933 and 66 (Madureira’s best is second place in 1935). On Saturday Bangu played at home in front of a tiny crowd.

In other footballing cities – London or Buenos Aires, for example – the likes of Bangu and Madureira would surely be much, much bigger. They have identity, history and catchment area. They could aspire at least to the status of a Crystal Palace or a Velez Sarsfield.  So why not in Brazil?

Much of the explanation has to do with the extraordinary success of Flamengo. Originally a rowing club, Flamengo turned to football at the start of the twentieth century, when the Brazilian game was still dominated by the elite. The leading clubs in the new sport were Fluminense, Botafogo and Flamengo, all from the richer South Zone of the city.

The decisive decade, for football and society, was the 1930s. The Wall Street Crash with the loss of export markets forced a need for internal development. Getulio Vargas took power, first as elected president and then as dictator, with a relatively benign, non-militaristic version of tropical fascism.

It was a time of rapid industrialization, and a moment of social inclusion. The culture of poor, especially black Brazilians, had been looked down upon and persecuted. Now, as long as it did not criticize the government, carnival and samba were elevated to symbols of the nation. It was a time, then, of cross-class alliance – and Flamengo were quick to realise the implications.

They came up with a masterstroke. They re-branded the club. The three leading black players of the day – Leonidas, Domingos da Guia and Fausto – were all signed as the club went in search of the popular touch. It was an extraordinary success. Rio was then the capital, and the glamorous new medium of radio was carrying games from the city to a nationwide audience.  All across the giant land people identified with Flamengo. Clubs such as Bangu and Madureira found themselves crowded out. Fathers might support these clubs. But the next generation preferred Flamengo, who accumulated a massive fan base all across Brazil.

In the last few years, belatedly, the club have learned how to monetarise this power. Getting the finances straight was the development that underpinned the success of last year, when Flamengo cruised to the Brazilian title, won the Copa Libertadores and gave Liverpool a game in the final of the Club World Cup.

It was indeed a magical year. Flamengo won a succession of stylish victories, in front of packed stadiums singing happily of a “party in the favela.”

Many of the fans, of course, are not from the favelas or the working class suburbs. There is, and always has been, a strong middle class and elite presence in the stands. Flamengo remains a cross-class alliance, and at his heart it remains an elite club. As massively successful as the process was, the downward demographic in the club’s support has always been a bolt-on.