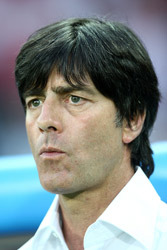 Brazil and Italy, who have won nine World Cups between them, meet this Tuesday for an International Friendly. See all the betting here.

Germany midfielder Torsten Frings, whose row with coach Joachim Low last year led to him being dropped, has confirmed that relations between the pair have now been fully restored.

“It was certainly a mistake to have done it in public. We (Low and me) could have settled it in a different way,” Frings told reporters. “We have since talked things over and for us this matter is closed,” added Frings, who has 78 caps.

“I have been with the team eight or nine years and have never done anything negative to the team. Quite the opposite, I have always represented it with pride.

“I think at 32 I am at the right age with considerable experience and good fitness,” said Frings. “The whole talk of ‘too old’ is nonsense.

Frings had said in October he was considering retiring from the national team after starting on the bench against Russia and Wales, but later retracted his statement.

He was then dropped altogether from the squad ahead of their friendly match against England in November.

Frings was recalled for Wednesday’s friendly with Norway in Duesseldorf along with captain Michael Ballack, who also fell out with the coach and manager Oliver Bierhoff following Germany’s Euro 2008 final defeat by Spain.

Brazil and Italy, who have won nine World Cups between them, meet this Tuesday for an International Friendly. See all the betting here.