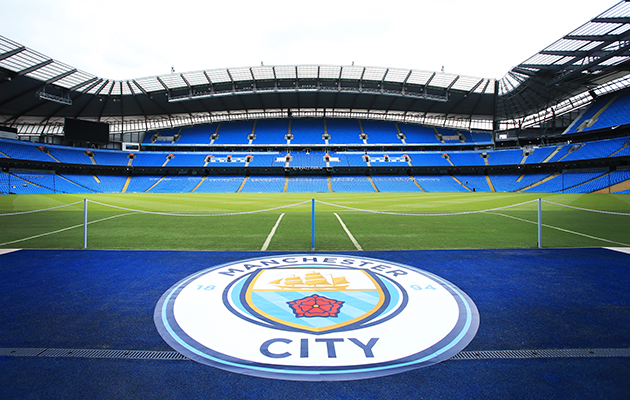 Manchester City could face a transfer ban after Argentinian club Velez Sarsfield lodged a formal complaint with Fifa over the signing of teenage midfielder Benjamin Garre.

Velez claim City tried to sign Garre from them when he was only 15, which it alleges breached Fifa’s rules on the transfer of minors. The youngster eventually signed this July when he had turned 16.

FIFA has clamped down on the transfer of minors in the past few seasons with Barcelona being hit by a transfer ban in 2014, and more recently both Real Madrid and Atletico Madrid were given bans of two transfer windows for breaching rules.

“Never have I experienced such an immoral act … We don’t know what they offered the father and the child in order to convince them,” Raul Gamez, Velez’s president, was quoted as saying by the Daily Telegraph.

“In Velez, we defend values and we act in good faith. We are not interested in collecting 50,000 euros or 1,000,000 euros if said action is prohibited and may affect the player.”

City denied any wrongdoing in their oursuit of the Argentinian, who the English Premier League club said held an Italian passport, allowing him to join Pep Guardiola’s side on his 16th birthday, the report said.

But Velez are reportedly willing to take the matter all the way to the Court of Arbitration for Sport to ensure City are punished.

A further club statement said: “They offered ­money to take a 15-year-old child who is in the middle of his stage of development. We don’t know what they offered the father and the child in order to convince them.

“In Vélez, we defend values and we act in good faith. We are not interested in collecting €50,000 or €1,000,000 if said action is prohibited and may affect the player.

“What is most important in these cases is the formation and development of the child, in a supportive environment, above economic or strictly sports interests. It is crazy to think that our youngsters can find themselves in a situation of vulnerability or abuse in a foreign country, without their family or somebody to protect them.

“We consider Manchester City is a club that cannot violate the regulations of Fifa and even less act with bad faith. We are interested in protecting the child we have been educating since he was 11 and therefore, if necessary, we will appeal to the Court of Arbitration for Sport.”

Section 19 of FIFA’s Regulations on the Status and Transfer of Players has three exceptions for the transfer of players under 18 years of age.

3) If the player is over 16, and the transfer takes place within the EU.