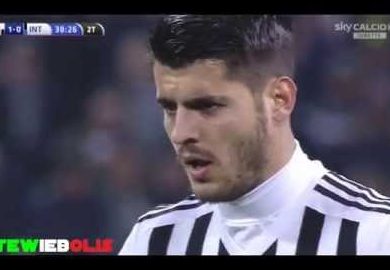 Juventus striker Alvaro Morata has opened the door for a move to England saying that the offers he has received are “tempting”.

Morata has been linked with a move to Arsenal, but any move to England could be complicated because Real Madrid have a buy-back clause that they could trigger.

Morata hopes to be a success at former club Madrid; but hopes his future can be resolved before Euro 2016.

“Hopefully everything will be resolved before then, because it is uncomfortable to be helping your country with phone in hand,” Morata said.

“My wish is to succeed in Madrid, but Madrid have great players and what I want is to play and feel important.

“There are some offers from England that are tempting, not only because of the contract. I think my characteristics mean the Premier League would be a great destination.

“With what I have learned in Italy, if I have the chance to learn something more in England I think it would make me a more complete player.

“I am 23 years old and I want to progress, to play and learn from the best.”

He also said that he has matured as a player and the experience he has learnt in Italy has been invaluable.

“I have won everything you can win in Italy, I have reached the final of a Champions League, I have created goals and I have grown as a player and a person,” he added.

“I think I’m a different player from at Real Madrid – the little guy who went running out at the Bernabeu with all the enthusiasm in the world.”