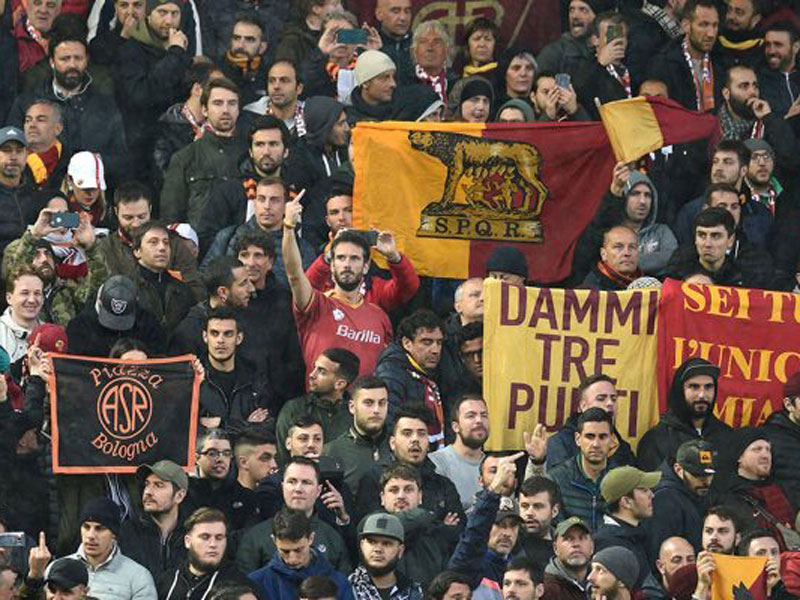 This week, football critics and fans should be looking forward to Wednesday’s Champions League semi-final, return leg tie, AS Roma v Liverpool, at the Olympic Stadium in Rome. Yet, rather than talking about Roma’s slim chances of pulling off an unlikely second successive three goal comeback, the reality is that, in the wake of the horrific injuries suffered by Liverpool’s Irish fan, Sean Cox, before the first leg, security considerations dominate.

Rather than speculating on whether Liverpool’s Mohammed Salah will inflict even more pain on his old club, commentators are obliged to assess the policing arrangements, asking if they will adequately guarantee no repetition of the violence that has left Sean Cox in a coma and fighting for his life in a Liverpool hospital.

To his credit, Roma president, James Pallotta, put matters in perspective when he  made an angry and outspoken statement, after Roma’s facile 4-1 home win over Chievo on Saturday. Asked about the Champions League tie, he responded: “I don’t want to talk about the game at all, the game at Liverpool. These games are great but they are not life and death and what is going on right now with Sean Cox, that’s life and death and it effects his family and I don’t really give a shit about the score of the game at the end of the day…

“It’s disappointing to me that Rome and AS Roma get blamed for a few individuals who do stupid things. I don’t know the whole story, all that I have seen is what I saw on the video like most others but that part of the video with Sean [on the ground] is just the utmost disgusting stupidity and my prayers are for him and his family.

“It’s depressing though that all the other Roma fans get blamed for this… We have unbelievably great fans, across the board… The only reason that we come back and win games, like we did against Barcelona is because of the 99.9 fans in the Curva Sud who are great and then occasionally you get a few, usually outside of the game, it’s just absolutely ridiculous.

“It’s time for things to change here in Italy and in Rome, because it is just happening too much. We have a long history in Rome and what is going on when you have a few stupid people is that they destroy our history, attack our legacy and I’m tired of it and it’s just not an issue for Rome but also an issue for Italy, for all the authorities, for all of us, to band together and  to finally wake up so that we don’t have a reputation that is just not deserved around the rest of the world that our fans are not good fans, because our fans are the best fans in the world. It’s just a couple of fucking morons that take the rest of us down.”

This is not the first time that Pallotta has been outspoken in his criticism of some Roma fans. In April of 2015, he referred to some of his fans as “F…..g Idiots”.   That remark was prompted by the fact that before a Roma v Napoli game, some fans had displayed a banner, insulting the mother of Ciro Esposito, the Napoli fan killed by a Roma ultra during scuffles prior to the 2014 Italian Cup Final.

Not for nothing, a small section of the Roma fans whistled and jeered Pallotta last Saturday, even if the majority of the stadium drowned out their protests.   Nor does it offer much reassurance to hear some of these “hardline” fans chant “I Hate Liverpool” and “Free Our Ultras”, in reference to the two Roma fans currently in detention in Liverpool in the wake of the attack on Sean Cox.

With an estimated 5,000 Liverpool fans due in Rome this week, the Ministry of the Interior has had no option but to prepare a heavy police presence, with a nearly 2,000 strong police force due to control not just the area around the Olympic Stadium but also the centre of the city. Keeping the two sets of fans apart will be an obvious priority but one rendered difficult by the fact that many Liverpool fans may have opted to travel to Rome by their own means and not as part of any “official” club group.

It would appear that both the city of Rome and the AS Roma football club face a severe test this week. Roma, 5-2 down after the first leg, would dearly love to stage a repeat of their remarkable 3-0 comeback win against Barcelona in the quarter-finals. That seems unlikely, if not totally impossible.

More tellingly, however, Rome civic authorities and Italian football both need to ensure that this game passes off peacefully, without a repetition of the events which sullied last week’s semi-final in Liverpool. Unlike a Roma comeback, that has to be an entirely achievable result and a much more important one too.