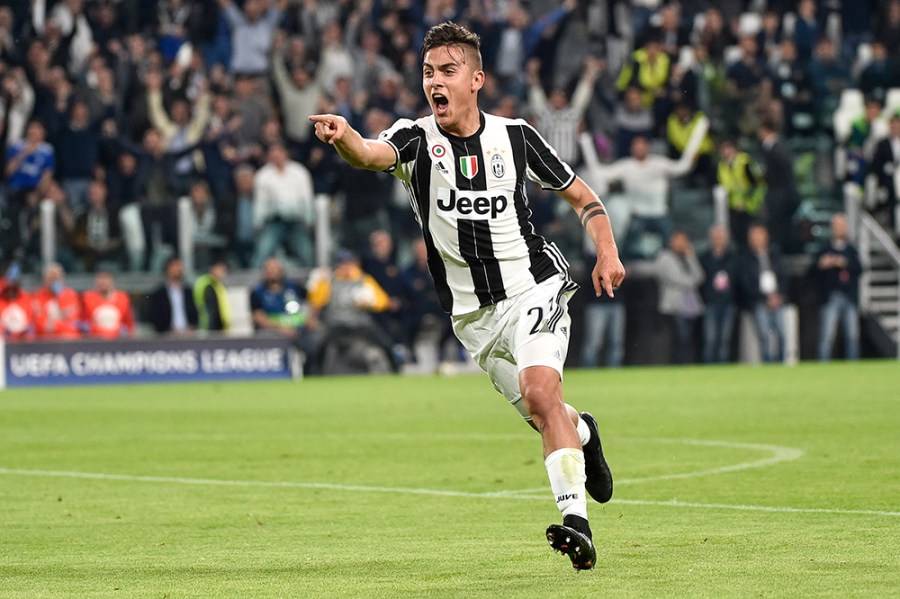 The Old Lady and Reigning Queen of Italian football sets out on another Champions League trail tonight when she travels to Catalonia for a prestige clash with old rival, Barcelona. Having reached and then lost two of the last three finals, Juventus may well be hoping that this season it is a case of “third time lucky”.

Tomorrow night’s game may or may not tell us very much but, at least unlike on the last two Champions League occasions when these two great teams met, this game is not a “Do or Die”, sudden death affair. Remember those two ties were, respectively, the Berlin Champions League Final of 2015 and then last season’s quarter-final clash.  Over the last three years, the honours between these pair have been even, since Barcelona won 3-1 in Berlin whilst Juve eliminated Barca 3-0 on aggregate last April.

Curiously, both teams come into the game after making similar starts to their seasons.   Both unexpectedly lost a key player during the summer transfer exchanges, with Barca’s Brazilian Neymar making that spectacular €222 million move to PSG whilst Juve defensive lynchpin, Leonardo Bonucci, moved to AC Milan for €42 million.

To some extent, both clubs are still experimenting on how to replace such important players. On the field, too, both clubs have got off to a similar seasonal start, losing their respective “Community Shield” finals (to Real Madrid and Lazio) before comfortably winning their opening three league games to  go joint top of their tables.

If Juventus thought that their 3-0 defeat of Chievo on Saturday was the perfect preparation for tomorrow night’s tie, they can hardly have been much comforted when they heard that Barca had warmed up by trouncing hapless Espanyol 5-0 in their Barcelona derby on the same night. Curiously, and just to keep the parallel lines flowing, both sides were mightily inspired by their two Argentinian wizards, Leo Messi for Barca and Paulo Dybala for Juventus.

Of Messi, there is nothing more to say, he remains one of the great joys of the modern game. Of 23-year-old Dybala, there may still be much to recount of a player who, in the expectations of some Argentinian observers, will one day inherit the Messi mantle for Argentina.

Messi turned the Barcelona derby upside down by scoring his side’s first three goals the other night. This is hardly a surprise, there is hardly anything new about Messi playing the match winner role for Barca. What is just a little surprising is the extent to which Dybala is fast becoming as important for the Old Lady as Messi for Barcelona.

On Saturday night against Chievo, he came on ten minutes into the second half with the scoreline on 1-0 for Juventus after a somewhat uninspired first half. His impact on the game was immediate, setting up a goal for his compatriot Gonzalo Higuain after just four minutes and then rounding off the night by himself scoring the third goal. As of this weekend, Dybala is joint top of the goalscorers chart on five goals alongside Mauro Icardi of Inter Milan. When he was not either setting up the goals or indeed scoring them, Dybala proved to be a regular thorn in the Chievo side, almost scoring on at least three other occasions.

Little wonder then that Juventus coach Massimiliano Allegri had an interesting answer for those commentators who argued that Juventus, especially in the first half without Dybala, had played badly against Chievo: “I don’t know how well or badly Juventus played but I do know that we won. These criticisms make me laugh, I mean to play well at football, what does that actually mean? Maybe, I just don’t understand.

“But one thing is simple. If you have Dybala in the team, then the team starts to play…”

With Croat Mario Mandzukic, German Sami Khedira and veteran defender Giorgio Chiellini all out through injury and with Colombian Juan Cuadrado suspended, Allegri will have to make changes tonight.  Dybala will probably be flanked by “new boy” Brazilian Douglas Costa and by experienced ball winner Stefano Sturaro in a 4-2-3-1 line-up, headed obviously by Higuain.

For Barcelona, another French new boy, Ousmane Dembele, is expected to step into the Neymar role alongside Messi and Uruguayan Luis Suarez up front, with some hefty names such as Rakotic, Busquets, Iniesta, Pique and Jordi Alba filling their usual midfield and defence roles.

A brief word about the other two Italians in the Champions League. Napoli, currently joint top with Juventus and Inter, confirmed their good seasonal start with an impressive 3-0 defeat of Bologna on Sunday night. They start off, however, with a difficult Group F tie away to Shakhtar Donetsk, while the third Italian in this year’s line-up, Roma, also start with a tough nut, at home to Atletico Madrid.  The path to the Olimpiyskiy stadium in Kiev next May is just beginning and already the road is rising with some teams.