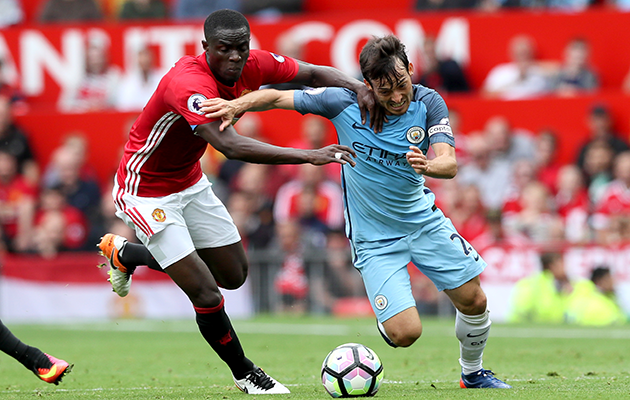 David Silva, Manchester City
Kevin De Bruyne grabbed the headlines in City’s 2-1 triumph in the Manchester derby but the Spaniard’s brilliant midfield play was the key to City’s victory.

Cammy Bell, Dundee United
The Tangerines keeper pulled off three penalty saves in one half against Dunfermline to help his side to a 3-1 away victory. He’s not the first goalkeeper to achieve this feat, but he is believed to be the first to do so in one half. 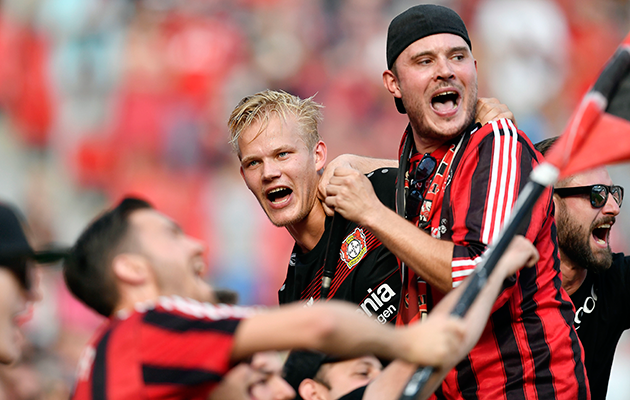 Bayer Leverkusen’s Joel Pohjanpalo is mobbed by fans after his hat-trick goal against Hamburg.

Joel Pohjanpalo, Bayer Leverkusen
The young Finnish striker appeared as a 72nd minute substitute and bagged a hat-trick as Leverkusen came from behind to beat Hamburg 3-1. It was only Pohjanpalo’s second appearance for Leverkusen. He scored on his debut, last month against Gladbach

Lacina Traore, CSKA Moscow
The Ivorian, curently on loan from Monaco, scored the first goal at CSKA’s new stadium in a 3-0 win over Terek Grozny. The 30,000-stadium features a 38-storey skyscraper in one corner, modelled on the UEFA Cup trophy won by CSKA in 2005.

Francesco Totti, Roma
The 39-year-old forward, who turns 40 later this month, appeared as a second-half substitute for Roma at home to Sampdoria. He set up Edin Dzeko for an equaliser – and then scored his side’s winner in injury-time.

Nicolae Stanciu, Anderlecht
The Romanian forward, a record signing by the Brussels club last month, starred as Anderlecht came from behind to beat Charleroi 3-2.

Ibai Gomez, Alaves
The Basque attacker, who left Athletic Bilbao to join newly-promoted Alaves this summer, scored the winning goal as Alaves pulled off a shock 2-1 win over Barcelona at Camp Nou.

Mario Balotelli, Nice
Why is it always him? The Italian forward, on loan from Liverpool, scored twice on his debut for Nice, a 3-2 win over Marseille. Afterwards, he put the boot into Liverpool, describing last year’s move to Merseyside as the “worst decision of my life.”