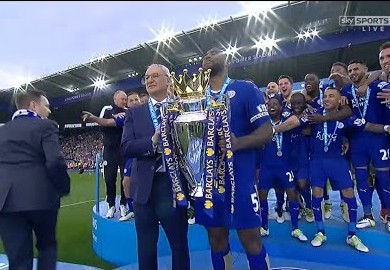 The weekend was a monumental time for Leicester City football club. Captain, Wes Morgan and Claudio Ranieri lifted aloft the Premier League trophy for the first time in their history in what felt like dreamlike scenes.

However the distinct reality hit manager Ranieri when he was questioned once again whether he could he keep his Leicester players at the club; but the charismatic Italian has urged his stars to give him “one more year”.

With the likes of N’Golo Kante and Riyad Mahrez’s future up in the air, Ranieri will do all that he can to ensure that they stay – but has made it clear he will let anybody go if they are not happy to stay.

Ranieri said: “I feel it is possible, maybe, to keep all the Leicester players.

“It is important for us but it is important also for them because they don’t know the Champions League. If they go away, it is not good for them. It is much better if they improve another year here and then go wherever they want.

“But I have said so many times if one player comes to me and says ‘Gaffer, I want to go’, then I leave him to go because it is okay.” 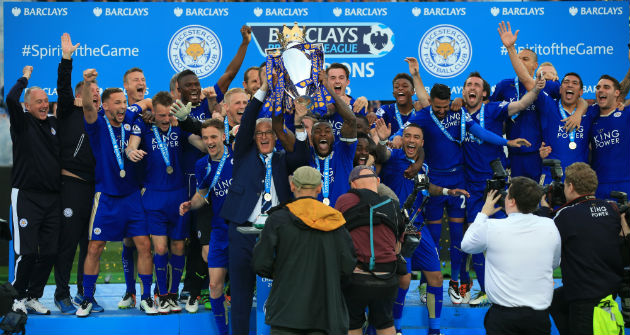 Leicester defenders Danny Simpson and Christian Fuchs echoed the manager’s calls for their fellow players to stay at the club, especially with the prospect of playing Champions League football next season.

Fuchs said: “We’re playing Champions League football next season. Isn’t that a good enough reason to stay at this club?

“I think all the lads know what this team is all about. So why not stay? I believe that. Bringing in other players is not in my hands but it’s going to be a tough challenge and I think everybody should simply look forward to it.

Simpson added: “I want everyone to stay because it is a special group. Hopefully they stay and we can kick on because we are going places.

“I’ve played in a lot of teams now and that is not easy to get. Hopefully everyone wants to keep going and grow as a group and as a club.

“We all have a bit of banter [about transfer speculation] but at the end of the day we have had a job to do and been concentrating on the games. Whatever the lads decide to do is up to them.

“We just hope we can keep this group together because for me it has so much potential to do even more things than what we have.”