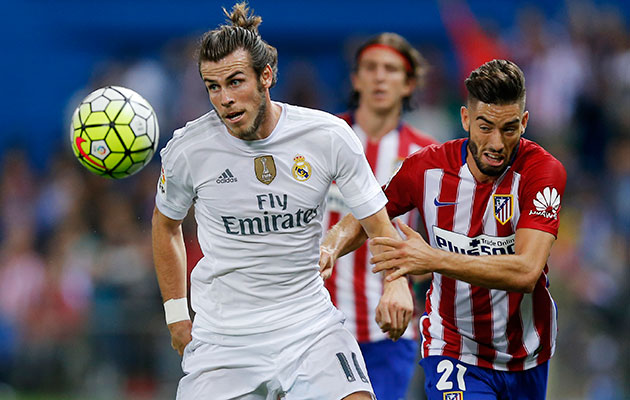 Fifa have issued transfer bans on Atletico Madrid and Real Madrid as punishment for breaches relating to the international transfer and registration of players under the age of 18.

Both clubs will be allowed to sign players in the current window but will then be banned registering any new players over the next two transfer windows.

Additionally, Atletico and Real have been fined CHF 900,000 and CHF 360,000 respectively, while both clubs have been issued with a reprimand and given 90 days in which to regularise the situation of all minor players concerned.

The bans follow investigations initially conducted by Fifa’s Transfer Matching System and subsequently by the Fifa Disciplinary Committee. The investigations concerned minor players who were involved and participated in competitions with the clubs over various periods between 2007 and 2014 in Atletico’s case, and between 2005 and 2014 with regard to Real.

The clubs face a similar sanction to the one handed out to Barcelona, who were prevented from signing any new players for 18 months (two transfer windows).

Barca’s ban ended this month and now the Madrid clubs will be prohibited from signing any players in the summer transfer window and the following winter window.

Suspended Fifa president Sepp confirmed last year that both clubs were under investigation.

“FIFA has opened investigations into Atletico Madrid and Real Madrid for the same infractions that Barcelona committed,” he said in December.

“If they (FIFA) punished Barcelona for breaking FIFA rules and if Real and Atletico Madrid have committed identical misdemeanours then the punishment should be the same.

“I know these [investigations] are closed but I don’t know if there are sanctions because they are independent investigations and I am banned from setting foot in FIFA.”

Last year Mundo Deportivo claimed that Fifa investigated over 50 transfer of minors at Real and have been found the club guilty of rule breaches on more than one occasion.

The RFEF were punished at the same time as Barcelona for their role in registering under-18s from outside Spain and could face a similar sanction now that the two Madrid clubs have been found guilty.

Under FIFA rules players under the age of 18 can only switch national federations if both of their parents move country for reasons unrelated to football.

“FIFA works hard to protect the rights of players under the age of 18 – whether male or female, amateur or professional. This is done through the enforcement of regulations prohibiting the international transfer of minors, or the first registration of minors in a country other than their own, except in specific circumstances (cf. art. 19 of the Regulations) that must be approved by the sub-committee appointed by the Players’ Status Committee.

“As such, the provisions relating to the protection of minors need to be strictly applied. This has been confirmed on various occasions by the Court of Arbitration for Sport. Opening up the door to exceptions beyond those carefully drafted and included in the Regulations would unavoidably lead to cases of circumvention of the rationale for these provisions.”