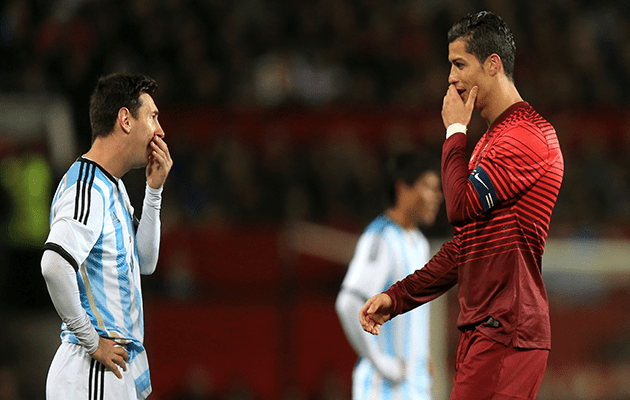 Sir Alex Ferguson has reiterated his belief that Cristiano Ronaldo is a better all-round player than Lionel Messi, and would be able to play for any club in the world.

Ronaldo, 31, and Messi, 28, are regarded as two of the finest players in the modern era, and between them the pair have won the last eight Ballon d’Or awards (Messi 5, Ronaldo 3).

Former Manchester United boss Ferguson signed Ronaldo from Sporting Lisbon in 2003 and the Portuguese forward won the Champions League at Old Trafford as well as the first of gis first Ballon ‘d’Or trophies, before making a world-record £80 million move to Madrid in 2009.

Speaking at an event in Dublin on Tuesday, Ferguson said: “It’s interesting to me that we hear so much about two players these days: Ronaldo and Messi.

“Now don’t get me wrong, Messi is a fantastic player, it’s like he’s wearing slippers when he controls the ball, but here, for me, is the difference: Messi is a Barcelona player but Ronaldo could play for Stockport County and score a hat trick.

“He has everything. He can shoot with both feet, head the ball, he’s as brave as a lion, and here’s something else people overlook. During my time at Manchester United I was lucky enough to have a lot of people who put in countless extra hours to get better.

“Gary Neville turned himself from an average footballer into a wonderful one because of his work ethic, as did David Beckham, but Ronaldo used to completely exhaust himself, and still does. He just wanted to be the best in the world.” 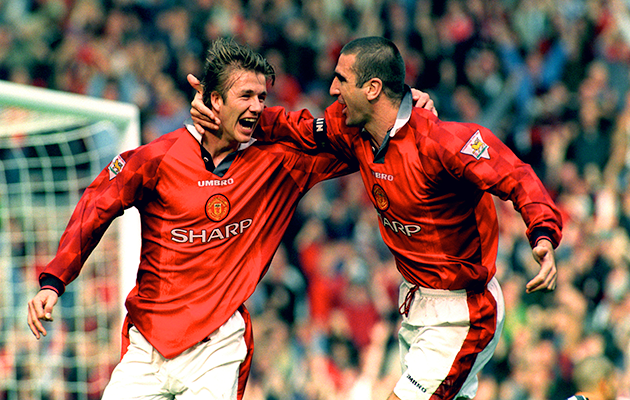 Eric Cantona (right) was a big influence on the emerging Manchester United players such as David Beckham.

Ferguson attributed the work ethic among the young players at Old Trafford to the Frenchman, Eric Cantona, who played for United between 1992 and 1997.

“I remember Eric’s first day and after the training session had finished he asked for a goalkeeper, two players from the junior team who were still there, and a few footballs,” he said. “I said to him what did he need those for and he said he wanted to practise.

“When word got back to the other players, one or two more turned up the next day for an extra session and so the number grew. That was all because of Cantona’s work ethic and influence.”