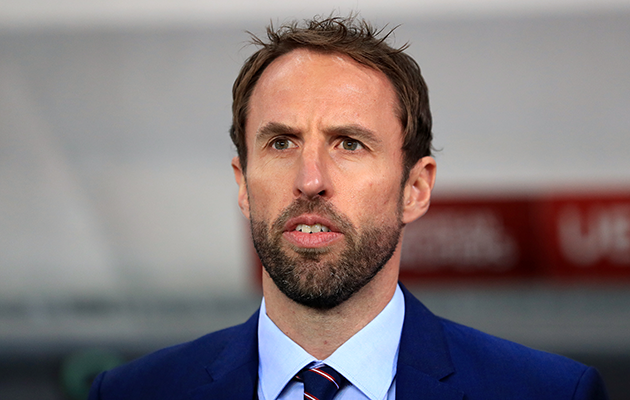 Arsène Wenger believes that England should appoint Gareth Southgate as the next permanent manager of England.

Wenger has been linked to the position, but he insists he has no intention of leaving Arsenal and that the job should be done by an Englishman.

Although the performances in those two matches (a 2-0 home victory over Malta followed by a drab goalless draw in Slovenia) have not set the world alight, the England Under-21 boss has impressed observers with the way in which he has handled his duties.

“Is Southgate the outstanding candidate for the job? Yes,” Wenger said. “In England, there’s always the demand for the big names – that is the difficulty. What is most important to me is the competence of the person and, if a person is competent, then he can make a name for himself. He [Southgate] has a good opportunity to show that. I’m happy to see that he has an opportunity to show that he has quality.

“He has handled himself quite well. He has accumulated experiences, first with Middlesbrough and now with the FA. He was a good observer of what was going on in the English national team and, after that, we’re in a job where you are questioned, especially when you have less experience. The only answer he can give is by doing his job, and our job is selection and decision making. He has to show that the decisions he makes are the right ones, and that he has the strength to do what he believes is right.”

When Southgate was installed as interim coach, FA chief executive Martin Glenn confirmed that he was a contender for the job on a permanent basis.

“For the next four games we are delighted to have Gareth in charge because that buys us a bit of time to have a think,” said the CEO.

“I think he (Southgate) is a genuine contender but this isn’t an audition. I’m delighted with the four games because it gives him preparation time and time to really get into it.”

In the wake of his first two matches, reports emanating from the FA suggest that the job will be offered to Southgate providing England win their next World Cup qualifier against Scotland on November 11.