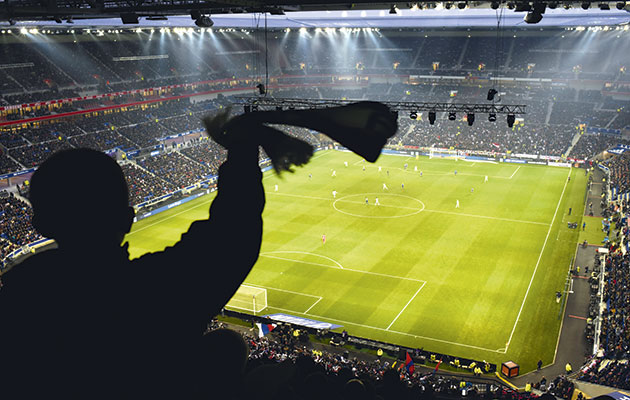 The notoriously hard-nosed Lyon president Jean-Michel Aulas showed himself to be human after all on Saturday, January 9.

In charge of the club for a whopping 29 years, Aulas had a visible lump in his throat and a tear in his eye at the inauguration of Parc OL, the new 59,186-capacity stadium that replaces the old Stade de Gerland.

It was no surprise the 66-year-old was overcome with emotion as the celebratory ribbon was cut before Lyon’s game against bottom club Troyes. It has been a hell of a personal battle to turn his vision for a new type of football ground into a reality.

Ten years ago, Aulas was already dreaming of a new stadium that would be the base on which he would create a Lyon team capable of challenging the elite of the European game. But the trials and tribulations of building an arena entirely with private money meant it was only on November 12, 2013 that he was finally able to lay the first stone of what he believed at the time would be called the Stade des Lumieres.

As it turns out, the ground is now called Parc Olympique Lyonnais, at least until
the naming rights are sold. But that little vignette shows what has always been Aulas’s primary concern in building the club’s new home – that investment should come from the private sector.

Traditionally, French stadiums have been built in large part with public funding. That has often resulted in a tense relationship between the clubs playing in the stadium and the political factions who are stakeholders in varying degrees.

Despite the fact that the stadium project – which includes Lyon’s training centre, a business zone, a medical centre, hotels, restaurants and a sports museum – has cost around €640million (with the ground itself gobbling up €410m), public money has only been used to improve access infrastructure to the site at Decines-Charpieu, 12km to the east of Lyon.

This means that Aulas has his wish. The new complex is his to manage as he sees fit, giving the club the autonomy to use the ground to drive the kind of revenues he knows will be needed if Lyon are ever to become one of Europe’s elite outfits. 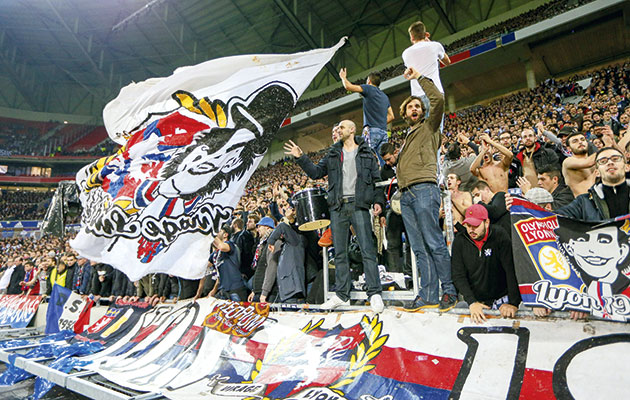 Lyon fans are hoping the new stadium will spark a return to the club’s glory days.

The 100 or so journalists who were treated to a sneak preview of the ground two days before the game with Troyes got a taste of an impressive state-of-the-art stadium – the third largest in France, behind Stade de France and Marseille’s Stade Velodrome.

Despite the fact that finishing touches are still lacking in a few places, there is no doubt that it is an inspiring place both to play and watch football.

“When we started out on this project, we told ourselves that a big club defines itself not only by its performances on the pitch, but by its performance off it too,” explained Aulas. “So we started to imagine developing a stadium with the kind of financing that is commonplace throughout Europe, whereas normally in France everything is publicly financed.

“We had to convince the state and local administrators that this new type of vision was the right one. We delivered the project on time and on budget.”

Aulas has bragged that the new set-up will see a massive hike in revenues for Lyon, from €21m a year in the old Stade de Gerland to €100m a year in the new stadium. However, the OL Group, the publicly quoted consortium of investors in the project, is being a little more circumspect, suggesting revenue will be at least €70m a year after five years.

While the money has been raised differently, there’s still no doubt that the path from fantasy to reality was smoothed considerably by France’s general desire to see its football stadiums brought up to scratch as the country pitched to host the 2016 European Championship. A new stadium in Lyon was one of the cornerstones of the bid, and after France was awarded the tournament in May 2010, Aulas’s project was always going to be that much easier to deliver.

Nevertheless, Aulas deserves credit for having the guts to take up the challenge. But he has always dared to dream big.

It’s no coincidence that the new stadium has been given a Category 4 UEFA classification, which means Aulas can now try to bag a Champions League Final. And why not? With its perfect views of an equally perfect pitch, 6,000 VIP places in 105 boxes and impressive Wi-Fi connectivity, this is a ground that has nothing to fear from any of Europe’s best stadiums.

Of course, all that was needed for the first-ever game at Parc OL was a win.

On paper it looked like it might be easier said than done as Lyon went into the game against Troyes on the back of a miserable end to 2015 that had seen a six-game run of five defeats and a draw.

During the traditional winter break Aulas said goodbye to coach Hubert Fournier, opting to install Bruno Genesio in the hot seat in his place. Genesio is Lyon through and through, having made over 170 appearances between 1985 and 1995 before joining the coaching staff in 2006. The coach was every bit as moved as the president by the new setting for his team to perform in.

“I’m so proud,” said Genesio. “You have the feeling that you’re in a really enclosed space, even though the ground is massive. It’s incredible. The players were like kids opening their Christmas presents!”

The biggest present was reserved for the 55,169 fans who showed up, as Lyon turned on the style in a 4-1 win that included spectacular goals from Rachid Ghezzal and Jordan Ferri. It was a win that lifted Lyon up to sixth in Ligue 1; Aulas’s smile could be seen all the way up in Paris.

This is just the start of the journey, of course. If Aulas is to make his massive stadium gamble pay off, then Lyon need to get back to the glory days of the last decade when the likes of Karim Benzema, Juninho, Cris, Sidney Govou, Florent Malouda and Gregory Coupet saw them dominate domestic football and stamp their mark on the European game.

Genesio has welcomed Brazilian defensive stalwart Claudio Cacapa back to the club as part of his coaching team, and he hopes that will only increase the feel-good factor.

Lyon aren’t exactly Paris Saint-Germain just yet. But, with their fantastic new stadium, they may soon offer some stiffer competition to Ligue 1’s runaway leaders. And that can only be a good thing.