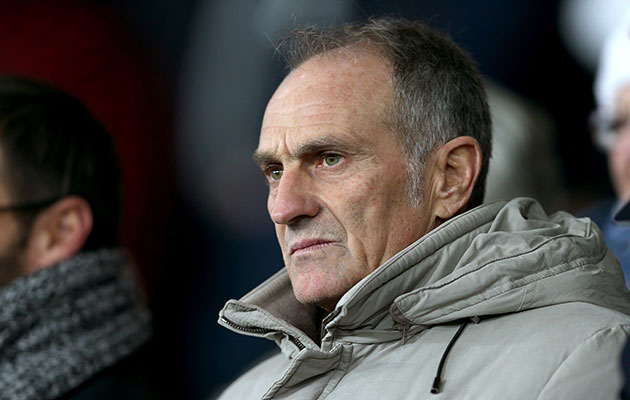 Swansea City manager Ashley Williams said his team-mates had to google the identity of their new manager Francesco Guidolin.

Guidolin attended Monday night’s 1-0 win over Watford, a result which saw Swansea move out of the Premier League relegation zone with only their third win in 18 games.

The former Udinese coach, who takes over from caretaker manager Alan Curtis, will be in charge for Sunday’s visit to Everton – but Williams insists the players are not bothered who is in charge.

“I know everything about him now as I Googled him on Sunday night,” the defender said. “I’m sure everybody did the same thing as I did and the boys did, we know his background but it doesn’t really matter to us who comes in.

“We get told: ‘He’s your manager’. You listen to what he has to say, give your all and do as best as you possibly can. We have to help him settle in as quick as possible. The chairman has made that move which is fine with us. We just get on with it and we’re just happy we got the win for Curt and the other guys.”

Williams said the players knew that Guidolin would attend Monday night’s game at the Liberty Stadium, with the 60-year-old having flown in from Italy on Monday afternoon.

“As players we knew he was watching and when you’ve got a new manager you want to impress him,” Williams said. “But more than that it was about doing it for each other and the club.

“We understand the position we are in and it’s not the time to be going through the motions or messing around. It’s just about getting out of this position more than impressing the manager, we just need to pick up points.”

The 60-year-old Guildolin has coached in France with Monaco, but the vast majority of his managerial career has been spent in Italy, most recently with Udinese who he led to 3rd and 4th spot in Serie A and a place in the qualifying round of the Uefa Champions League.

In May 2014, he left his role as Udinese head coach to take up a position as technical supervisor of the three teams belonging to the Pozzo family (Udinese, Granada and Watford.

Skipper Williams was on target to score the only goal of the game in Monday night’s much-needed win.