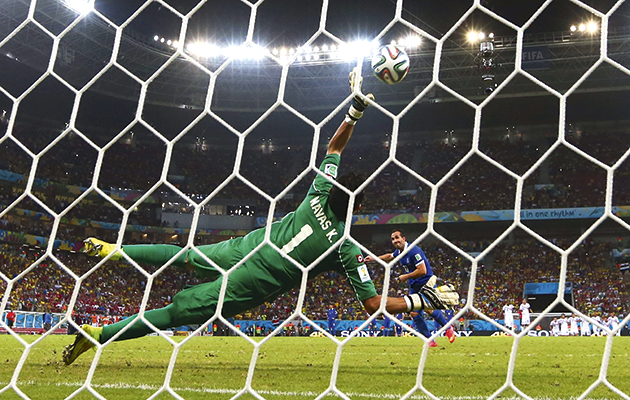 There are easily a hundred reasons for feeling dismay at FIFA’s decision to further despoil the World Cup by extending the finals to 48 teams – and at least one of them is tactical.

Football has changed radically over the past 30 years. At the very top, the quality and the level of entertainment are probably higher than they have ever been, but the structures of the world’s premier club and national competitions seem increasingly to militate against that.

The symptoms may be different, but the root cause is the same: greed has conquered any notion of sporting integrity.

But there have been other changes, and one of those is how we consume football – which itself has implications,if not for tactics per se then certainly for how the public responds to tactical approaches.

In the 1980s, it was common for people in England to say, without irony or affectation, that their favourite time of the season was FA Cup third-round weekend. It had a romance, a sense of democracy that appealed to a sense of what English football was all about. It wasn’t a franchise system like you had in US sports, it was an environment in which the lowliest had the chance to rub shoulders with the mightiest. But the reaction to this season’s FA Cup third round seemed largely to be boredom, with a shrug, a yawn and a wish for the Premier League to start up again.

During Plymouth Argyle’s 0-0 draw away to Liverpool, a remarkable achievement for the League Two side, the BT co-commentator Steve McManaman seemed vaguely affronted by the visitors’ defensiveness and kept urging them to “have a go”. It’s true this was the youngest side in Liverpool’s history, and was perhaps more vulnerable than Plymouth manager Derek Adams would have anticipated, but it’s also true that his side’s best chance of forcing a positive result was to sit tight and hope for a goal from a set-play or to draw and take the tie back to Home Park. 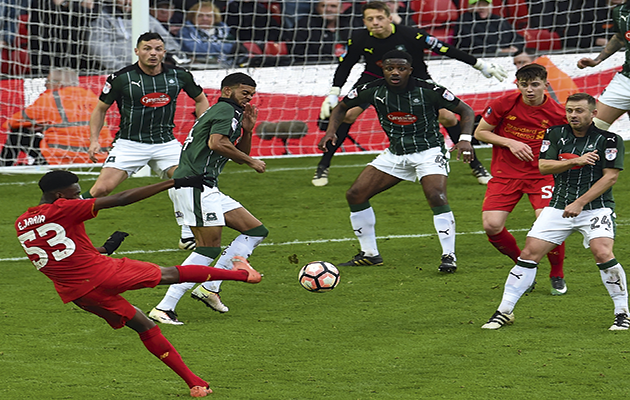 It was absolutely Plymouth’s right to play like that; it was arguably their responsibility – no matter how boring McManaman or viewers may have found it.

This is the truth of games in which one side is much better than the other. The weaker team has to defend and, while
that may be stressful for fans of the club involved, for the casual viewer it’s often a little dull.

In the 1980s that mattered less because we saw less. Perhaps just one third-round game was televised, but that had an appeal because it was “live” football and in those days we took what we could get. The other 31 third-round games were played simultaneously at 3pm on the Saturday – and, listening on the radio or watching Teletext, it only took one or two shocks and a couple of other games that were close until the final minutes to feel fulfilling. We didn’t actually have to watch the often tedious football that yielded that outcome.

Now, with six games screened live on third-round weekend there is a sense of surfeit and of frustration. Early-round FA Cup games are either Premier League-lite, between two top-flight sides who care less about this competition than the league, or a weak v strong/defence v attack clash.

At least in the FA Cup the bigger sides often rest players which means the gulf between, say, top flight and third flight is not as great as it might be – although still greater than it was 30 years ago.

In the Champions League the unequal match-up of sides has devalued the group stage. In every group bar one this season, the wealthiest two clubs went through, and Tottenham Hotspur slipping up at the expense of Bayer Leverkusen is hardly the stuff of fairy tale.

There were a series of games so one-sided they made Christians v Lions look like thrilling end-to-end stuff. Until 2013-14, there had never been a season in which the 96 group games in the Champions League had produced 10 or more games won by four or more goals. In every season since there has been at least 10. This season there were a record 14.

But that’s club football, with attacks fluent machines that are honed over days and weeks of training, of learning a common way of playing. At international level, however, that doesn’t happen.

International sides are patched together over the course of a couple of weeks. They attack more slowly, are less automated. A forward receiving the ball with his back to goal and a defender breathing down his neck doesn’t have the instinctive sense that his right-winger is making a dart beyond the full-back, and the fraction of a second longer it takes for him to realise that can lead to an attack being stifled.

Defending is easier at national level. A disparity between the two sides at top-club level manifests as a victory by four or more goals, while at national level it becomes dull football, as one team defends while the other attacks with less efficiency than they would be able to in the club game.

The last World Cup was unusually high scoring, with 2.70 goals per game.

In South Africa 2010 there were just 2.23. In Germany 2006 only 2.30. At the expanded Euro 2016 it was only 2.12. Compare that to the Champions League, whose group stage yielded 2.90 goals per game this season. Or, to the Premier League, a competition that, with six genuine contenders at the start of the season, none of whom were the champions, has legitimate claim as the most competitive high-level league in the world: this season it’s producing 2.85 goals per game.

More teams at the World Cup means more weaker teams. The argument that Iceland and Wales lit up the Euros holds
no water; they were good enough to have qualified anyway. Expansion, the admission of the weak, means more dull football. Penalty shoot-outs after drawn games only increase the incentive to play negatively. You can’t blame poorer teams for playing like that but you can blame the organisers for inviting them.

The hands of greed tighten round the neck of the golden goose.