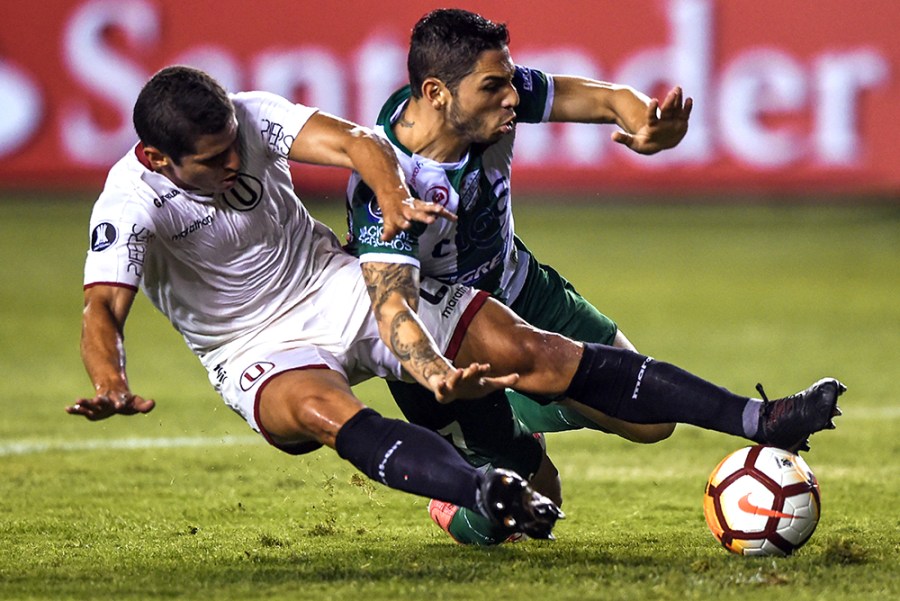 Events of last week make it clear how well coach Ricardo Gareca has done to guide Peru through to their first World Cup since 1982.

Gareca, a former Argentine international centre forward, had brief experience of Peruvian football before taking charge of the national team.  A decade ago he spent a year in charge of Universitario of Lima, one of Peru’s giants.  With 26 domestic league titles, including one under Gareca, they are Peru’s most successful club – local rivals Alianza Lima have 23.  Universitario were also the first Peruvian club to reach the final of the Copa LIbertadores – an achievement only since emulated once, by Sporting Cristal – when they went down 2-1 on aggregate to Independiente of Argentina.

These days, though, the final of the Libertadores looks more distant than the moon.  In nine participations this century, Universitario have only once made it out of the group stage – and these days they would probably be happy just to reach the group stage.

In 2017 they crashed out of the qualifying round in astonishing fashion.  They won the away leg 3-1 against tiny Paraguayan debutants Deportivo Capiata – and then contrived to lose 3-0 in front of their own fans.

This year’s qualification round was equally disastrous.  This time they lost 2-0 away to Oriente Petrolero of Bolivia – a match featuring a memorable goal celebration from Uruguayan striker Maxi Fleitas, whose first touch after coming on as a substitute was to drill home his side’s second goal.  The Libertadores is sponsored by a car manufacturer, and one of their products was on display behind the goal.  Fleitas ran to the car, clambered in and sat playing with the steering wheel.

Four days later, though, it seemed that Fleitas and his team-mates were being driven straight out of the competition.  Universitario led by 3-0.  Oriente Petrolero had two men sent off.  To stay alive in the competition, the nine men of a decidedly ordinary team would have to conjure up a goal from somewhere.  It couldn’t possibly happen.  But it did.

The Bolivians pumped a hopeful free kick long towards the edge of the Universitario area.  Goalkeeper Raul Fernandez needlessly charged out, Oriente defender Jorge Parades rose above the home defenders, glanced a header before Fernandez could get there and the ball trickled, in somewhat ludicrous fashion, over the line.

The newly signed Parades is Paraguayan.  Amazingly, he had been part of the Capiata side that came from behind to shock Universitario a year before.  Now his away goal took Oriente Petrolero into the next round and a clash with compatriots Jorge Wilstermann.

But had Fernandez stayed on his line there is no way that the goal could have been scored.  It was an extraordinary error from an experienced ex-international. Fernandez has many of the attributes to be a top class goalkeeper.  He is tall, lithe and athletic.  But his flawed judgement at a vital moment cost his side a place in the next round of the competition – and comes across as symptomatic of the recent problems of Peruvian football.  Time and time again, Peruvian sides have been undermined by a lack of mental strength.

On June 1st 2004, with Nolberto Solano, Claudio Pizarro and Jefferson Farfan all on target, Peru beat Uruguay 3-1 in a World Cup qualifier in Montevideo.  It was to be a very long time before they had another away victory to celebrate.

Over the next 12 years Peru were the visitors in another 27 World Cup qualification matches.  Two of them were drawn, the other 25 all lost.  Thirteen goals were scored, and 68 conceded.

It is a barely credible record of incompetence, something to be expected of one of the minnows of European national team football rather than a sizeable country with a fair tradition in the game.  Peru had the players to do better – but so often they caved in as soon as the first goal was conceded.  There was no mental fortitude, no capacity to dig deep and grind out a result in difficult circumstances.

They had a stroke of luck in the last of that run of 27 unsuccessful away matches.  Bolivia won 2-0, but were ruled to have brought on an ineligible player for the last few minutes.  The game was awarded to Peru by a 3-0 margin – indeed, without those extra goals and points Peru would not have made it to Russia.

But one thing is receiving a slice of luck; another thing altogether is being able to take advantage of it.  True, they lost their next away game – 2-1 to Chile.  But then they won 4-1 in Paraguay, drew 2-2 in Venezuela, won 2-1 in Ecuador and came back from Argentina with a goalless draw – a scoreline they repeated in New Zealand in the first leg of the play off.  They are now five away games unbeaten.

Something, then, has changed, and Gareca has a lot to do with it.  His chief virtue has been to show calm.  In an atmosphere prone to hysteria, with unhealthy doses of despair and even self-hatred, the coach identified a young, interesting group of players and stuck with them through the bad times, confident that with some backing and some confidence, better times would come.

Gareca has been rewarded, and Peru is euphoric at the chance of a first World Cup participation in 36 years.  It will be fascinating to see how his men deal with the pressure of playing in the global spotlight in Russia.