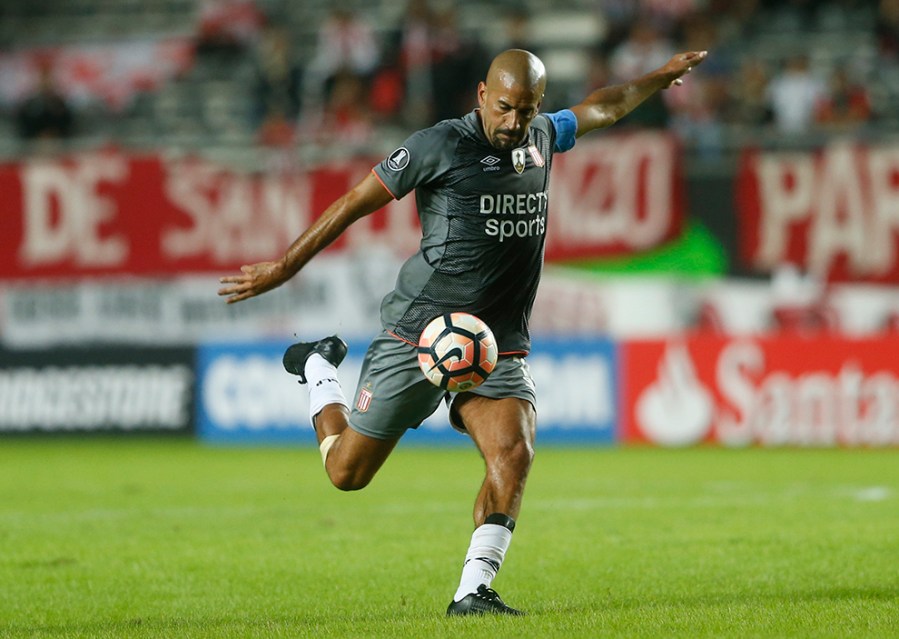 Coventry City fans – in need of a boost at the moment – might be heartened to hear that someone who appeared in their colours in brighter days is still going strong.

At the age of 40, former Peru international Ysrael Zuniga came off the bench in the second half of a Libertadores Cup match last week when his team, Melgar, went down 4-2 away to Argentina’s River Plate.

The little left-footed striker moved to Coventry in 1999, when they were a Premier League club still based at Highfield Road. He spent three years in the Midlands. By the time he left, City had been relegated and Juan Sebastian Veron was also in England, joining Manchester United in a big money signing.

And Veron, too, was also in Libertadores action last week.  Now 42, the prospect of playing in another campaign in South American football’s premier club competition has lured him out of retirement, and he has become the rarest of footballing creatures, the player/president.

Veron has a special connection with Estudiantes of La Plata. His father was the key man in the club’s late 1960s golden age.  The son started his career there, and then moved back there in 2006. Two years later he was outstanding in the club’s triumphant Libertadores campaign. Since then he has already retired twice from professional football – at the end of 2012 and again in May 2014. But he has still turned out for amateur sides, while also being elected president of Estudiantes in October 2014.

So when the club qualified for this year’s Libertadores, the temptation was too big to resist. Veron, who is not featuring in the domestic league, registered himself for the continental competition. This may put coach Nelson Vivas in an awkward position.  He is simultaneously Veron’s employee as president) and his boss (as player). But it is no joke. It is a serious attempt to play at the top level. In an environment, says Veron, where today’s players run more than think, there is still a place for someone with the vision, intelligence and technical ability to direct operations from centrefield.

These claims are being put to the test very early in the competition. Estudiantes already find themselves in a desperate situation.

They began their campaign last month away to Botafogo of Brazil. At the last moment the Veron comeback was delayed. It was discovered that he was still serving a suspension, carried over from the 2011 Sudamericana Cup, and so he was unable to take the field.

The debut, then, came last week, at home to Barcelona of Ecuador – dangerous opponents, with plenty of pace on the counter-attack. The Estudiantes fans packed the stadium to get another glimpse of their idol. Alongside him in central midfield, 20 year old Santiago Ascacibar is there to provide the dynamism and the defensive covering, with the idea of Veron knitting things together with his passing. He gave a couple of gloriously kissed off balls, perfectly cushioned into the path of a team mate. There was one radar-like pass that’s split the defence and put striker Juan Otero through on goal.  And, predictably, there were moments when he was arriving just a fraction of a second too late to make a difference.

He lasted nearly an hour. But both with and without him, Estudiantes were second best to the power on the break of Barcelona, who won 2-0.

Estudiantes, then, have picked up no points from their opening two games – just like Wednesday’s opponents, the defending champions Atletico Nacional of Colombia. This is a crunch match. The losers will need a mathematical miracle to survive, while even a draw will leave both teams well off the pace. Effectively, in only his second game back, Juan Sebastian Veron is disputing a sudden death final in the Libertadores.