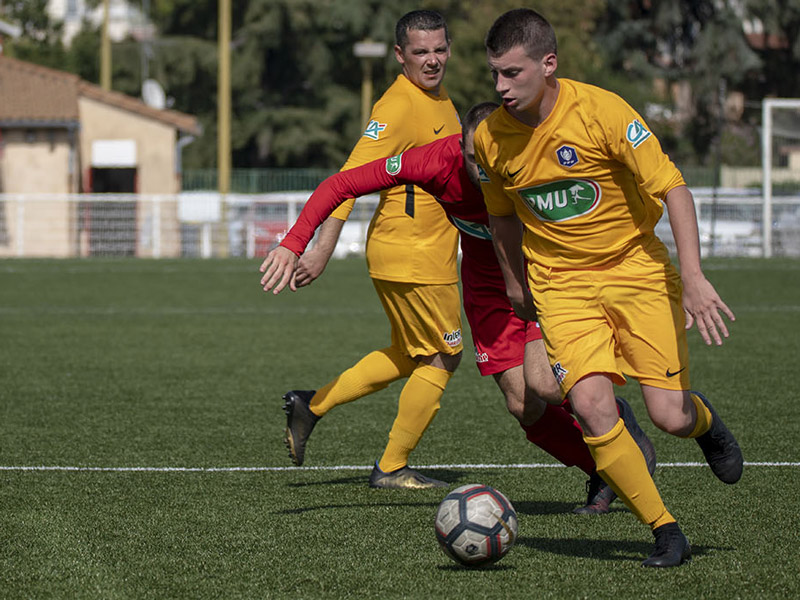 France’s last remaining territory in North America, the tiny island chain of St Pierre and Miquelon, could be the 42nd member of CONCACAF.

The islands have a population of less than 6,000 and opportunities for the three clubs that have contested the local league since 1976 are limited.

Junior sides take a boat to compete in Canada’s Newfoundland Cup and a side from the islands did feature travel to Paris to compete with other French overseas territories in the Overseas Cup but that ended in 2012.

Three attempts to enter a club into the French Cup since 2003 were rebuffed but in 2018/19, the French federation relented.

Clubs from other French holdings from Tahiti to the Caribbean have played in the French Cup for years and JS Saint-Pierroise from Reunion created headlines this year by beating Ligue 2 Niort 2-1 to become only the second overseas team to reach the last 32.

AS Saint Pierraise beat AS Ilienne Amateurs from St Pierre and AS Miquelonnaise from Miquelon in a domestic qualifying place to take the islands’ first ever place in the French Cup, but ambitions were realistic.

Herve Huet, president of the Saint-Pierre & Miquelon league, explains: “This integration is done in the third round not the seventh round like the other departments and territories of the Outremer. This is due to our level which is well below other ultramarine teams.”

AS Saint Pierraise only lost 2-1 to ALC Longvic from Dijon. This season ASIA were well beaten 5-1 by FC Lyon, but the French federation wants to do more to stimulate the game in the last remnant of its once vast North American holdings than an annual trip to metropolitan France.

Two French coaches, Samuel Riscagli and Stephane Suflaj, are working with the local clubs. “My role in the club has been the youth section and women’s among others,” says Suflaj. “I had to put in place the federal technical policy of the FFF at the club and in all the actions carried out by the SPM league.”

Nicolas Bourdin, the FFF’s national technical director for overseas territories, is also taking an interest in helping extend a season, which comprises 24 games between May and September. After that the islands’ players go indoors for five months to play futsal, but plans are now being discussed for a covered artificial pitch with around 6,000 that would extend outdoor playing time.

In October, St Pierre league was also granted associate membership of the Newfoundland & Labrador Soccer association but Huet and the FFF have bigger aspirations. With new policies in place, a bid to join the likes of French Guiana, Guadeloupe, Martinique and Saint Martin as a member of CONCACAF is also being put in place.

“The process has started,” says Huet. “The bodies of the FFF must meet its President to discuss our integration. I hope to have news for the month of May 2020.”

If that meeting with Vincent Montagliani goes well, the St Pierre & Miquelon representative side could also be revived.

The North Americans lost all seven matches in the 2010 and 2012 editions of the Overseas Cup Mer but did at least get on the score sheet in the last two games, losing 11-1 to French Guiana and 16-1 to New Caledonia.

Further defeats would surely follow in the bottom rung of CONCACAF’s Nations League but St Pierre and Miquelon’s footballers would at least have been brought in from the cold.