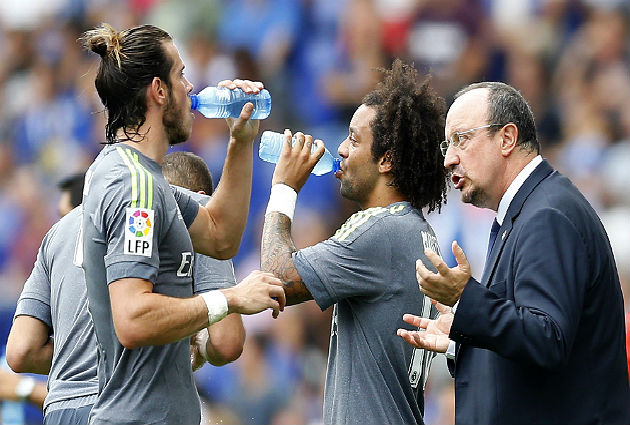 Yesterday saw the dismissal of yet another Real Madrid manager, with Fiorentino Perez wielding the Los Blancos axe and Rafa Benitez losing his job in just seven months. The news has sparked conjecture that Welsh forward Gareth Bale is among a group of Real Madrid players who are upset that Benitez has been sacked.

According to Sky Sports, Bale is said to be ‘devastated’ about Benitez’s dismissal and the news has put Manchester Utd on red alert – with the Premier League giants looking to ready a staggering £75m bid this summer.

Despite Real Madrid’s league position, it was clear that Benitez entrusted Bale with a key central role in the star-studded team, amassing nine goals and seven assists in 13 La Liga appearances. Bale was clearly flourishing under Benitez’s guidance, and will hope for reassurances from new manager Zinedine Zidane about his role in the current team.

According to The Mirror, Bale would be the creative spark needed to light up this current Manchester Utd team, adding pace and dynamism to Manchester Utd’s attacking play; and they believe Bale could be tempted by a return to English football this summer.

However, Real Madrid president Florentino Perez is a massive fan of Bale’s talents and will hope he can eventually take up Cristiano Ronaldo’s mantle as the club’s leading star in the future.

During Bale’s struggles last season, Zidane publicly said that Madrid nor Perez were looking to sell to the Welsh forward, speaking last April he said:

“Real Madrid buy the best players in the world. They don’t sell them.

“Of course other clubs will be interested in him, he would improve any squad in the world, but the president has said he is not for sale and that is because he is not for sale. That will be the answer to Manchester United or any other club that asks the question.

“He was a big part of our success last season, especially in the Champions League.”