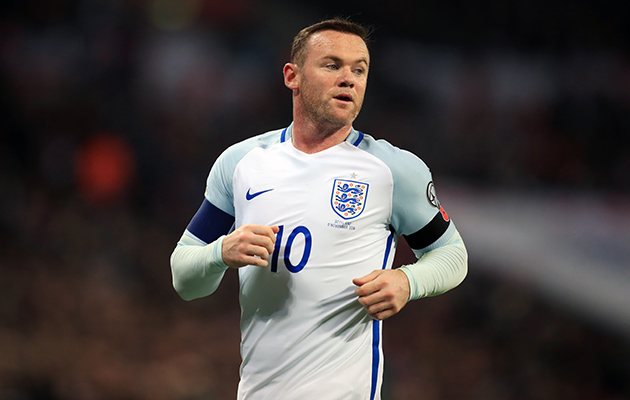 Wayne Rooney has apologised to the Football Association after he was photographed looking the worse for wear in the early hours of Sunday morning.

Rooney spoke with the FA’s technical director, Dan Ashworth, and the national team’s interim manager-in-waiting, Gareth Southgate, on Wednesday expressing regret for his behaviour over the weekend.

Southgate had granted his squad time off after training on Saturday morning following their World Cup qualifying victory over Scotland, with the players not due back in training until Sunday afternoon.

Photographs of Rooney speaking with guests at a wedding party at the team’s hotel in Watford, with the Sun claiming the England captain had been drinking.

“Although it was a day off for the whole squad and staff, Wayne fully recognises that the images are inappropriate for someone in his position,” said the player’s spokesman. “Wayne spoke privately to both Gareth Southgate and Dan Ashworth to unreservedly apologise. He would like to further extend that apology to any young fans who have seen these pictures.”

Rooney complained of a knee injury on Monday and was unavailable for Tuesday’s friendly international against Spain.

The FA reminded the England captain of his responsibilities and will speak to other members of the support and coaching staff who were understood to be present.

“All England personnel have a responsibility to behave appropriately at all times,” an FA spokesman said. “We will be reviewing our policy around free time whilst on international duty.”

Southgate admitted that if he was made the permanent England manager he would review the policy of allowing players to enjoy downtime during whilst on international duty.

A spokesman for Rooney said the player was disappointed that a member of the public made the photographs public.

“Wayne, along with the rest of the England squad, was on a night off duty,” his spokesman added. “Rather than going out, he chose to stay at the team hotel to relax and celebrate a fine England victory against Scotland. During the course of the evening he was approached by numerous fellow guests for autographs and pictures.

“As he has always been, Wayne was happy to sign, pose for photos and chat with guests. It is sad that one or two of them have now sought to turn Wayne’s friendly, good nature to their advantage.”