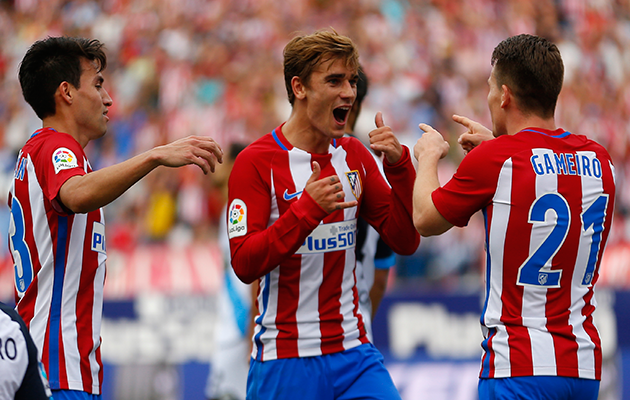 Last week, we found the going tough with just one winner from four. However, at a big price of 17/4 our Draw/Arsenal half-time/full-time bet in the Arsenal v Man Utd match on Sunday, we still finished up with a small profit! That shows the importance of single bets – sometimes it is wiser to go with them ahead of an accumulator. Let’s see if we can do some more damage to the bookies this weekend for the readers of World Soccer! This weekend, the Premier League has Tottenham v Man Utd, whilst Roma v Juventus highlights the fixtures in Serie A. For the latest best prices for outrights, match betting and accumulators, head to Easyodds.com to get the best possible value from your chosen wager.

Our only win in the article last weekend was when we backed Draw/Arsenal in their match against Man Utd. We wrote “Expect Man Utd to sit deep and soak up the pressure” but Arsenal to finally take advantage in the second half. That was the case and we found ourselves a nice 17/4 winner. Man Utd return to North London this weekend when they play Tottenham in what will be the final competitive game played at White Hart Lane as we currently know it.

I fancy Tottenham to win here, after yet another poor result for Man Utd at home in midweek. Tottenham will be desperate to finish their season at White Hart Lane on a positive note and considering they are unbeaten in 18 this season on their home turf, winning 16 and drawing twice, I like the look of Tottenham to win at 10/13. Tottenham thrashed Man Utd 3-0 last season in this fixture and I wouldn’t be massively surprised if the result was similar again here, Man Utd are showing no signs of improving upon their stale style of play and at White Hart Lane, Spurs are looking impenetrable.

The interesting La Liga betting fixture is Real Betis v Atletico Madrid. Diego Simeone’s side beat rivals Real in midweek, but lost the two-legged Champions League game on aggregate. They showed real signs of indiscipline in that fixture, and it will be interesting to see how they respond away from home against Real Betis.

The home side have picked up some impressive results at home this season including a draw with Barcelona, but of late they have lost six of their last eight matches in all competitions, conceding 17 goals in the process. With that in mind, I like the odds of 6/5 that Antoine Griezmann will score. The French international scored in midweek and will be looking to add to his 16 La Liga strikes this season against a leaky Real Betis defence.

With just three games left in Serie A, if Juventus get a draw in Rome against their closest rivals they will seal their sixth successive Scudetto. Roma of course will be doing their absolute upmost to stop that from happening, but after a 3-1 loss to Lazio last time out at the Stadio Olimpico, I can’t see them stopping Juventus.

Juventus have lost just 10 per centof their matches this season and whilst Roma responded to the disappointing derby loss with a 4-1 win at AC Milan, Juventus are a different beats and knowing a draw will win them the league at their closest rivals home will be a real treat for a Juventus defence that have conceded just 33 goals in all competitions. Back Juventus draw no bet with a best price of even money. We will double our money for a Juventus win or get our money back if the match ends in a draw.

Our fourth and final best bet of the weekend comes in the Bundesliga, where I believe that Bayern Munich are value in their trip to the upstarts Red Bull Leipzig. This is first versus second and Bayern Munich will be looking to put a halt to any ideas that Leipzig have of going one further next season. Bayern Munich have won three of their last five, including a victory at the Bernabeu and a 6-0 thumping over Wolfsburg to claim yet another Bundesliga title. Leipzig are on a nice unbeaten run, but I think taking on Bayern Munich will be a step too far for this exciting young side. Back Bayern to win with a best price of even money.