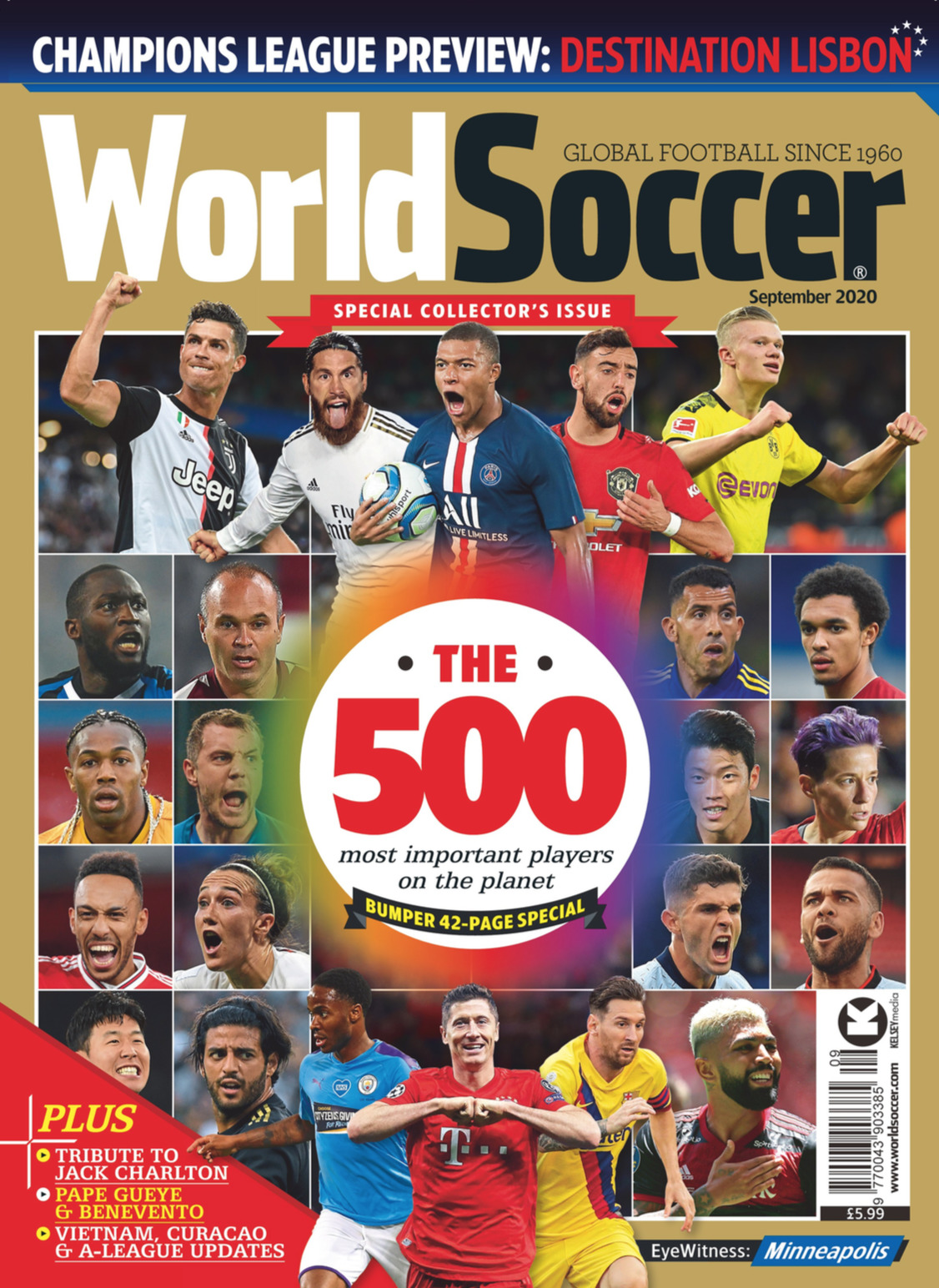 First things first: this is not a definitive list of the top 500 payers in the world. Such lists are subjective, and can exclude more interesting personalities in place of more polished professionals. Indeed, there are plenty of very good players that haven’t made our list, and arguably one or two world-class ones too. 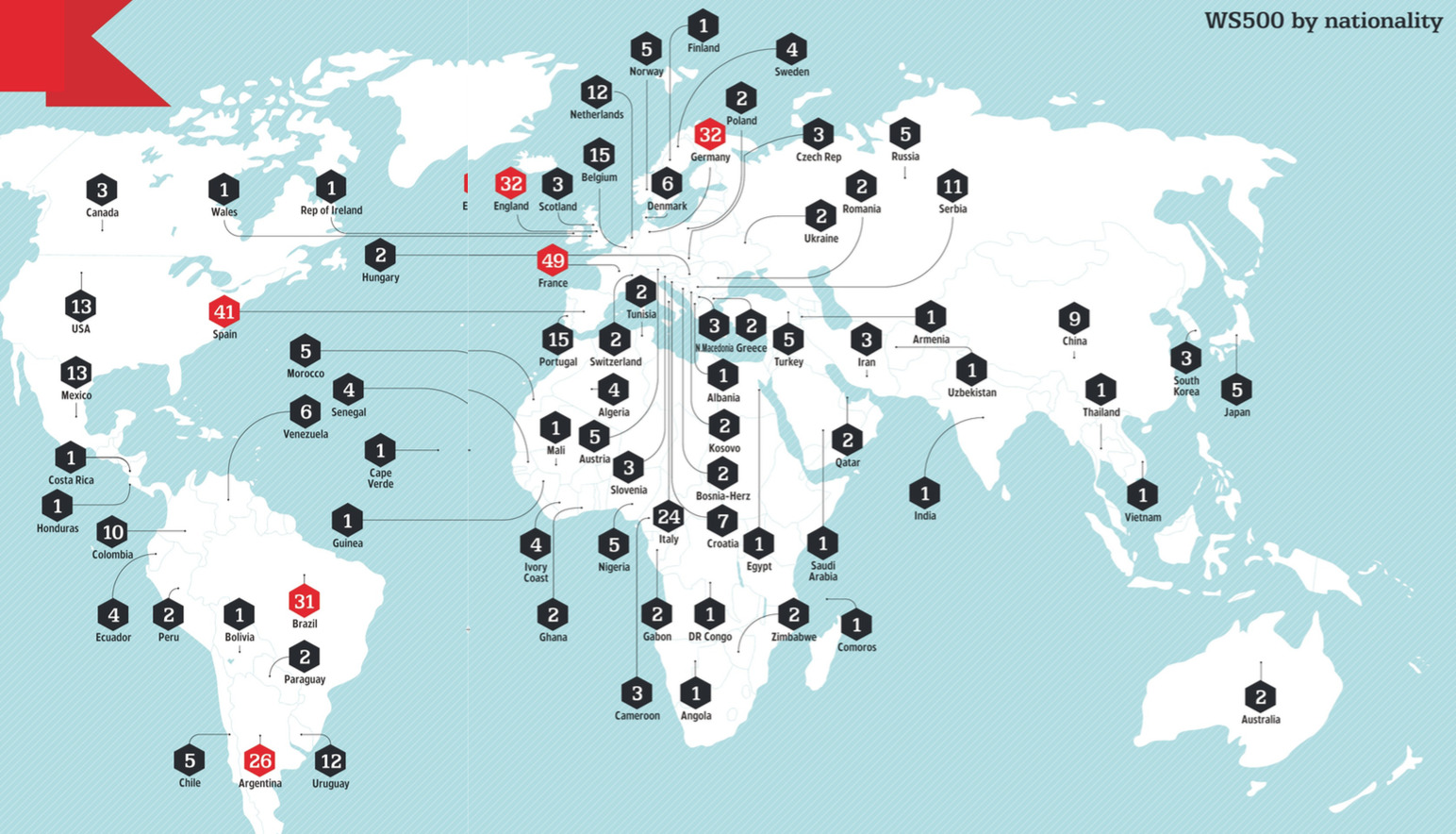 No, we wanted to know the 500 most important players in the world – the most interesting, the ones we all need to know about, regardless of where they play.

When trying to decide on such a list, being able to call upon a network of experts from across the globe is handy. We asked our writers: which players enjoyed impressive seasons in 2019-20 – both before and after coronavirus struck – and who will be stars of the next campaign? Who will be subject of rumours, speculation and transfers, and which young players will dominate in the future? Who could be a game-changer for their country on the pitch, and who makes the headlines off it? 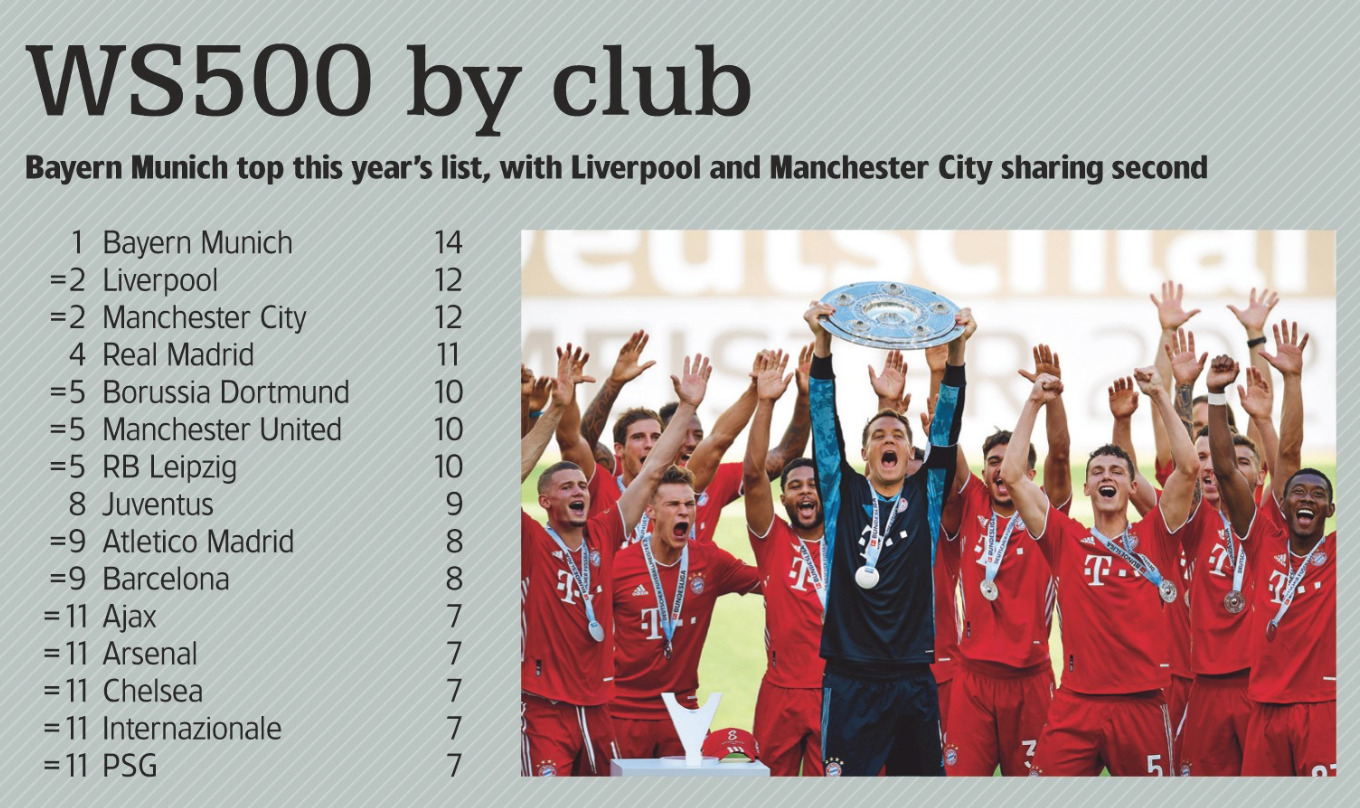 A new addition to this year’s top 500 is the inclusion of female players for the first time, with our correspondent Glenn Moore putting forward his selections for the most noteworthy characters in the women’s game.

A glance at the statistics tells you that while in some ways the game is changing, with several players from growing powers Qatar and China included, other things stay the same – the big leagues are still on top, and if anything are more dominant than ever.

Nevertheless, with representatives from almost 80 different countries and more than 50 leagues, football remains the global game.