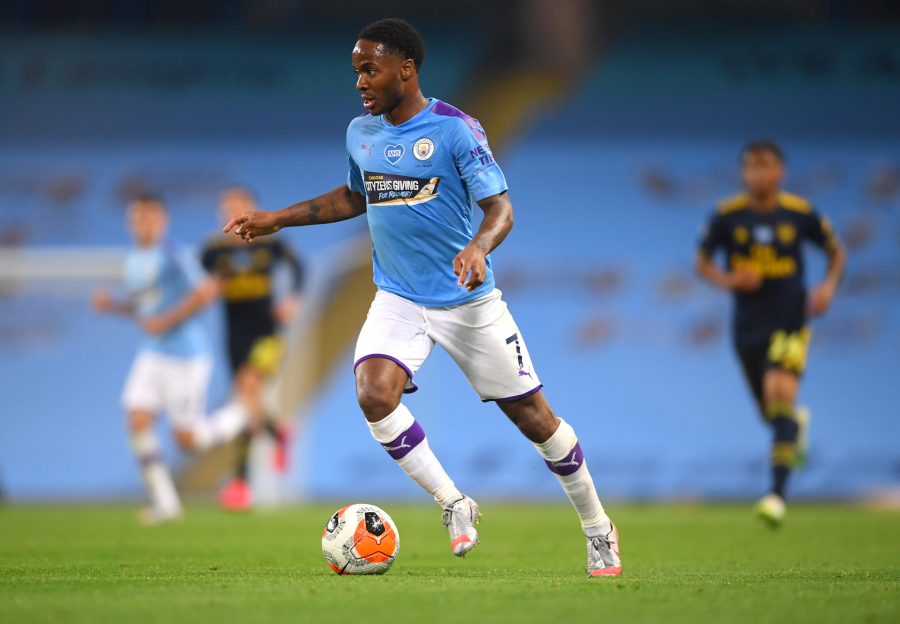 For a 25-year-old, Sterling has packed a lot into his career. As well as over 250 Premier League games, 56 England caps, and three major tournaments, he has gone from a regular target of boos to one of British sport’s most popular figures.

Partly, this is due to his character off the pitch. Sterling is naturally warm and fun, if a little shy, making his critics in tabloid newspapers hard to stomach. He has shown bravery in standing up to these attacks, while also speaking out on a wide range of subjects, from racism in football to the Grenfell Tower fire. 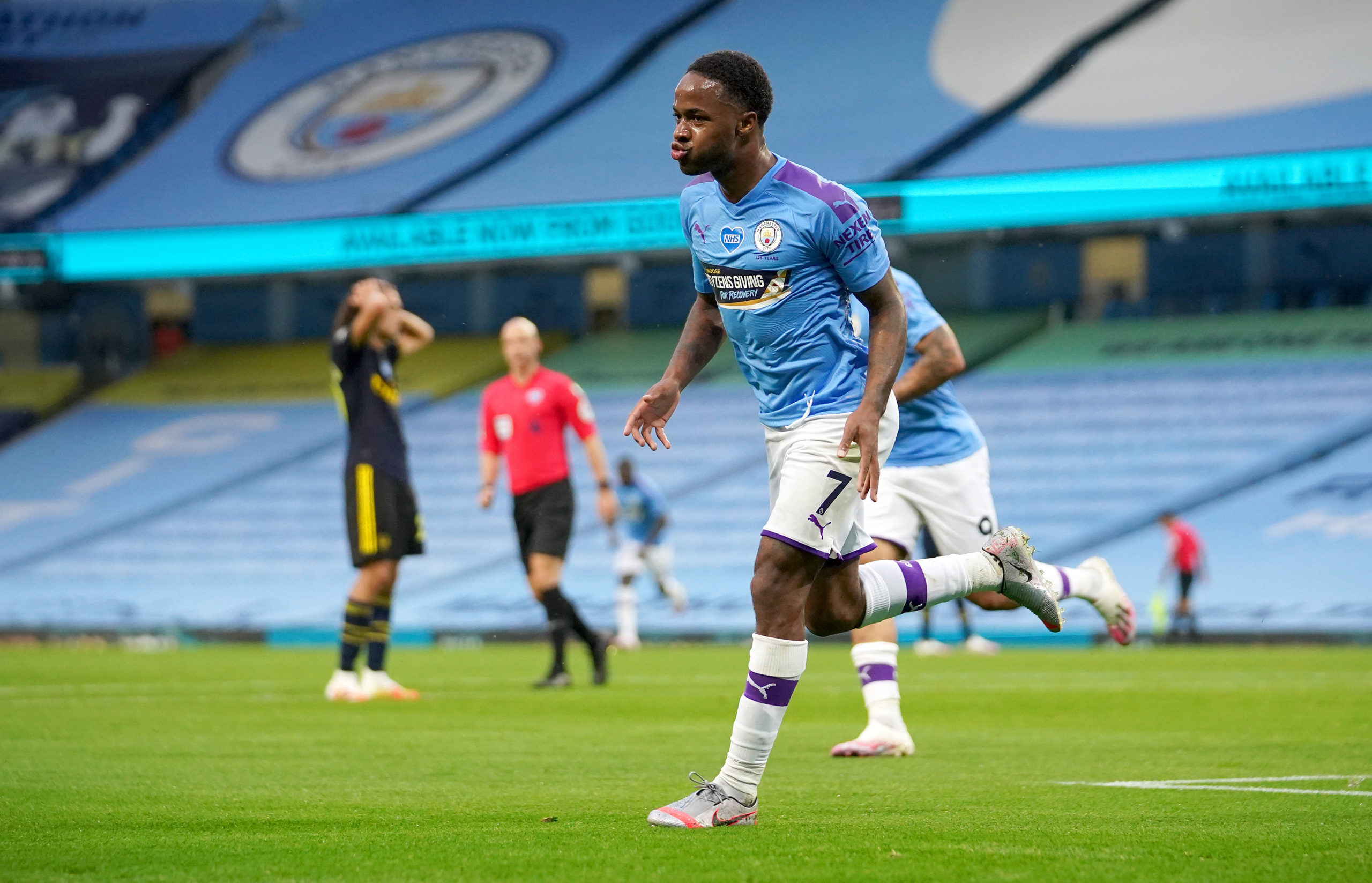 Raheem Sterling of Manchester City celebrates after scoring his team’s first goal during the Premier League match between Manchester City and Arsenal FC at Etihad Stadium on June 17, 2020 in Manchester, United Kingdom.

On the pitch, he has matured into one of Europe’s most dangerous forwards. Integral to England’s 2018 World Cup campaign, he worked selflessly to allow Gareth Southgate’s 3-5-2 system to flourish. The only thing missing was a goal, with the tournament extending his international drought to three years.

He ended the long wait for an England goal in style, scoring twice to inspire an historic 3-2 win over Spain in Seville.

It was the beginning of a new chapter for England, setting them on a journey that would take in qualification for the inaugural UEFA Nations League and Euro 2020. At next summer’s tournament, Sterling will be one of England’s most influential players.

He has come a long way since bursting onto the scene as a teenager at Liverpool. Nurtured by then-manager Brendan Rodgers, he was a bundle of energy, bravery and enthusiasm. Every time he got on the ball he tried to make things happen, tormenting full-backs for fun.

As he has developed, his game has become as much about what he does without the ball as with it. He showed glimpses of this at Anfield, where his runs beyond Luis Suarez and Daniel Sturridge were vital to Liverpool’s title challenge in 2013-14. He has pace and energy, but also intelligence and good timing. He listens to his coaches, and makes the movements they ask him to. That’s why he did well for Rodgers, and has flourished under Pep Guardiola.

For Pep, the role of wingers is key. They must hug the touchline to make the pitch as wide as possible, then make the difference in the area. 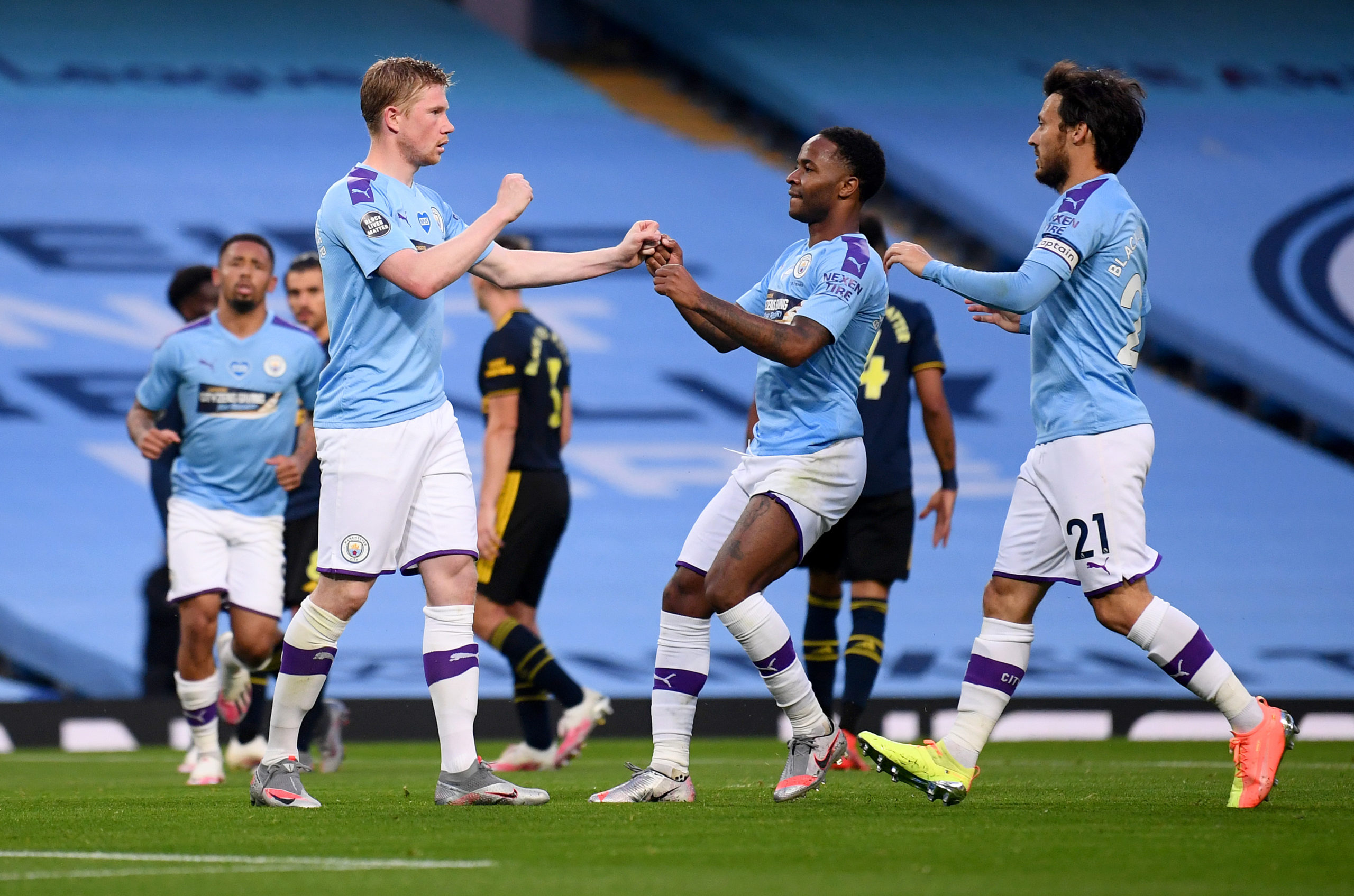 Kevin De Bruyne of Manchester City celebrates with teammates Raheem Sterling and David Silva after scoring his team’s second goal during the Premier League match between Manchester City and Arsenal FC at Etihad Stadium on June 17, 2020 in Manchester, United Kingdom.

That, in a nutshell, has been Sterling’s game for the last three years, and has seen him score over 20 goals in all competitions each season. He is not among the Premier League’s top ten dribblers, but relies on his understanding of space to ghost into the right positions. He is often a clumsy finisher, but as the vast majority of his goals come inside the penalty area, that doesn’t matter. The hard work has been done in the build-up – all he has to do is bundle it over the line.

Having grown up in the shadow of the Wembley arch, playing for England matters to Sterling more than most. He would love nothing better than to be there next summer, with his hands on the Euro 2020 trophy.