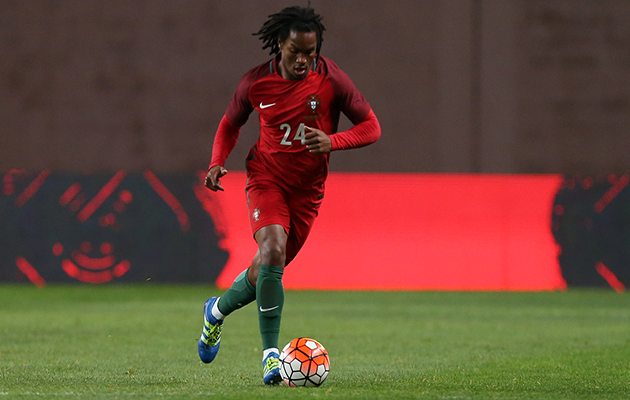 Sanches takes the place of Bernardo Silva, 22, who has been ruled out after suffering a thigh injury in his last game for Monaco. The 18-year-old Sanches, who only made his professional debut in October, was sold from Benfica to Bayern Munich for €35 million earlier this month.

At the other end of the age specturm to Sanches, is 37-year-old veteran central defender Ricardo Carvalho, who fell out with Santos’s predecessor Paulo Bento, but has been included in the squad.

“It was difficult to leave out some players who were fundamental in the qualifying competition but decisions have to be taken so that we are finely-tuned in France, with everyone in peak condition,” Santos said. “It’s a short and intense tournament.

“All the players were picked after a great amount of thinking,” said the former Greece coach. “The physical state of the players was one of the criteria and Bernando Silva has some restrictions.”

Ronaldo, who has been struggling with injury in recent weeks, was not at his best at the World Cup of 2014 which came at the end of a long domestic season for Ronaldo culminating in the Champions League final.

But Santos assured Portugal supporters that there would be no repeat.

“Cristiano Ronaldo will be on his best form and I am convinced that he is physically prepared to play the Champions League and the European championship,” he said. “He is very ambitious in relation to this competition.”

Santos added: “Portugal are not favourites, we don’t pretend to be so. But we are good enough to face any opponent on equal terms.”