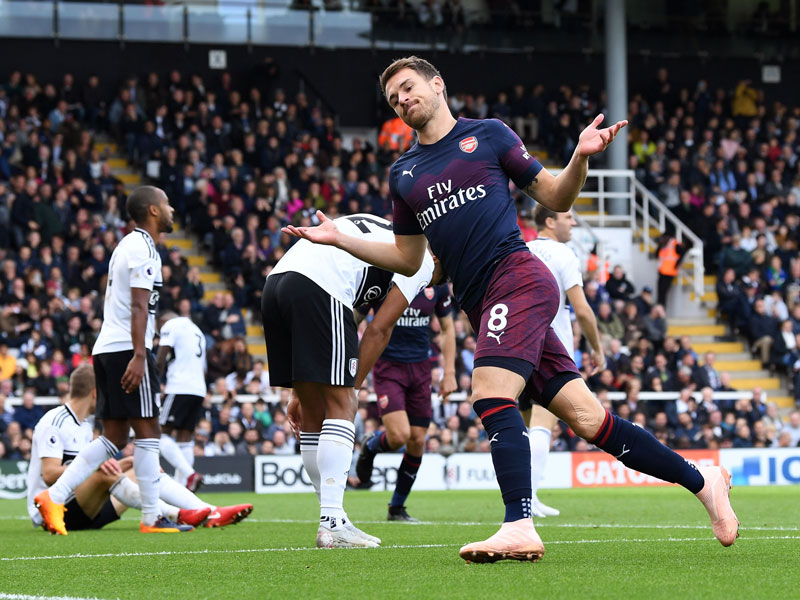 One assumes Arsenal, after their crushing victory at Fulham, will come to their senses and give Aaron Ramsey, star of the show (as a sub!), the extended contract he now wants. At Craven Cottage, the Welsh international’s display, initially on the right of midfield, then through the centre, was formidable.

Though Ramsey must be feeling deeply disappointed at the Gunners’ refusal to increase his weekly salary – which would still be far inferior to the inexplicable £350,000 a week assigned to the inconsistent German international Ozil. You ask when and whether Ozil (absent at Fulham) has given the kind of display afforded by Ramsey in their 5-1 extravaganza.

Both scorer and goal maker, he gave us no sign in his performance of manifesting his disappointment in the club’s asinine refusal to meet his terms. Twenty-seven now, he still surely has bright years well ahead of him. He has certainly not belied the high promise he showed when he came on the Wembley field in the FA Cup Final for Cardiff City against Portsmouth a decade ago.

Spurs made hard work at Wembley of beating the hapless Cardiff City 1-0. What surprised me is that neither in the radio commentary nor in newspaper reports was mention made of a crucial Tottenham absentee; Denmark’s 26-year-old Christian Eriksen. This season he has been the essential motor of the midfield both in creating and more frequently than ever scoring goals.

There are rumours that he wants to get away, in which case Tottenham, who did not make any signings during the close season, should surely strive to bind him with hoops of steel.

Wembley last week showed too clearly how the Tottenham attack depends on him.

Disappointing to see an England team, busily involved this week, still without true wingers. For the umpteenth time one must insist that so-called overlapping wing-backs, however fast and skilful, can never do what the true winger can: that is to say get to the goal line and pull the ball back across the goal.

Interestingly, there were bright reminders of what a true winger can do at Leicester, though the talented Icelander – who speaks such impeccable English – Gylfi Sigurdsson was the hero of the day. The little Brazilian winger, Bernard, acquired from Shakhtar Donetsk, starting for Everton for the first time, tormented the home defence.

None of the players in the current England squad could have done as much. Though is was good to see Gareth Southgate’s bold choice of Jadon Sancho, an attacker who himself made the brave choice of moving to the Bundesliga, where he has already set up half a dozen goals.

So much better than being condemned to reserve football with a major Premiership club which would otherwise seem to have been his lot.