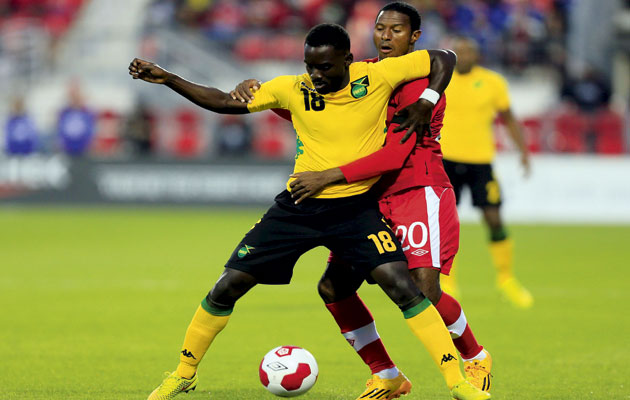 Jamaica will compete in the tournament for the first time after Japan rejected CONMEBOL’s invitation to appear as guests alongside Mexico. There was no official explanation as to why the “Reggae Boyz” were approached, although the Centennial Copa America in 2016 will take place in the USA and feature 16 teams, including six from CONCACAF.

The key figures in the current squad are drawn from the English second tier and America’s MLS, as well as the Jamaican league. And the team go into the tournament in good spirits, buoyed by victory in the Caribbean Cup last November and friendly wins over Venezuela and Cuba in March.

German coach Winfried Schafer, who led Cameroon at the 2002 World Cup, has brought more discipline to Jamaica since being appointed in 2013. After presiding over their sixth Caribbean Cup title, he faces a double challenge with the Copa followed three days later by the CONCACAF Gold Cup in the United States.

“We’ll need two strong teams for these two tournaments,” says Schafer. “We cannot play like Venezuela or Argentina; our football is fighting, passing, counter-attack, teamwork. That is what we need.”

Rotation will be key with some fringe players and newcomers such as Lewis Grabban of Norwich City and Reading’s Michael Hector being tested.

Of the English-born players with Jamaican heritage, former Derby County forward Giles Barnes, now with Houston Dynamo, is the latest to accept a call-up.

Winfried Schafer is likely to stick with the 4-4-1-1 system that he used in recent friendly victories against Venezuela and Cuba. His is a team packed with pace and dynamism, so opponents will need to be wary of quick counter-attacks.

The coach has plenty of options on the flanks, with Garath McCleary, Simon Dawkins, Joel Grant and Giles Barnes capable of producing goals as well as assists.

Schafer has seen his defence keep four clean sheets in their last five games, although Lionel Messi and Edinson Cavani will provide a much tougher test than recent opponents.

Michael Hector might be drafted into the back line, while Barnes will play off Darren Mattocks, with McCleary most likely offering support.

The midfielder, released by Leeds United at the end of the season, is the team’s captain. Disciplined and tactically aware, he is a firm favourite with the supporters.

Kemar Lawrence
Age 22 (17.09.92)
New York Red Bulls (USA)
Nicknamed “Taxi” due to his penchant for marauding up and down the pitch, he is a promising left-back whose father was the national team’s keeper in the 1970s.

Jobi McAnuff
Age 33 (09.11.81)
Leyton Orient (Eng)
One of many British-born players in the squad, he was a vital component of the team’s 2014 Caribbean Cup victory, orchestrating the play from midfield.

Darren Mattocks
Age 24 (01.09.90)
Vancouver Whitecaps (USA)
Pacy striker, known for his extravagant hairstyle, who is in a rich vein of form for his country having scored five goals in his last six appearances.

Winfried Schafer (Ger)
Age 65 (10.01.50)
Took over during the 2014 World Cup campaign from Theodore Whitmore. Coached Karlsruher in the 1990s and led Cameroon to the 2002 African Nations Cup title.

FISRT TIME IN THE COPA AMERICA